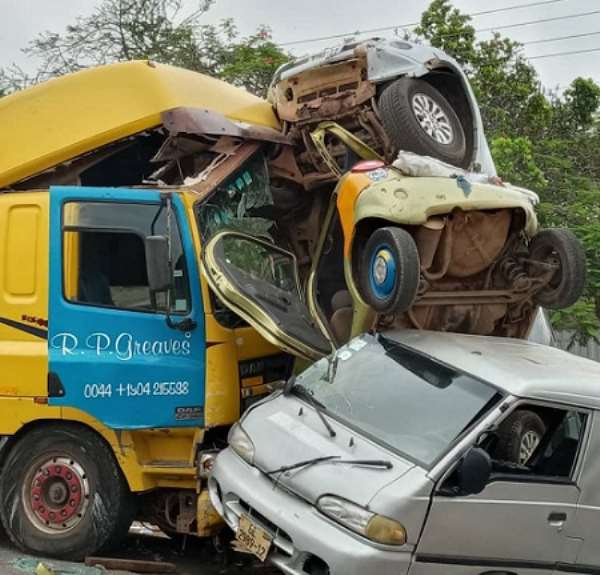 A Daf CF 350 truck with registration number GT 9730-13, driving from Accra to Kumasi with two occupants, loaded with 850 bags of cement on Thursday morning crashed several cars including a school bus when its brake failed at Nsawam in the Eastern Region.

The incident occurred when the driver, Abugrago Apuying, 31 in charge of the cement truck on reaching a section of the road at Nsawam, while he was descending a slope, reportedly had his brake failed, crashing into several vehicles. 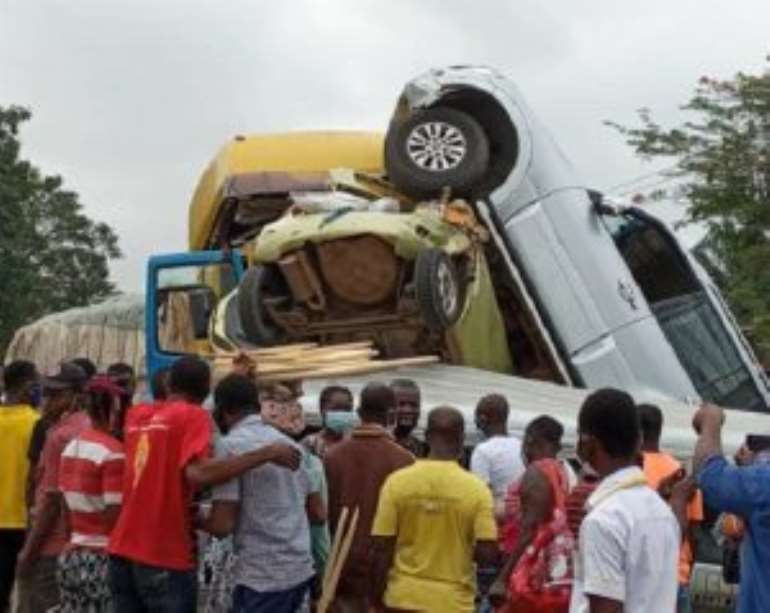 The Deputy Eastern Regional Police spokesman, Sgt, Francis Gomado who confirmed the incident, said the cargo truck lost control of its steering wheel and veered into the lane of the other vehicles leaving them no option other than to collide.

According to him, 15 pupils and one staff on board, their driver Samuel Darko aged 35, and their bus belonging to Sure Start International School, Nsawam were also involved.

All the vehicles were damaged whilst the pupils escaped unhurt but are currently being examined by medical personnel at Nsawam Government hospital.

Some of the passengers on board the other vehicles sustained injuries and were treated and discharged at the same hospital.

He said the Police have since commenced an investigation into the matter.