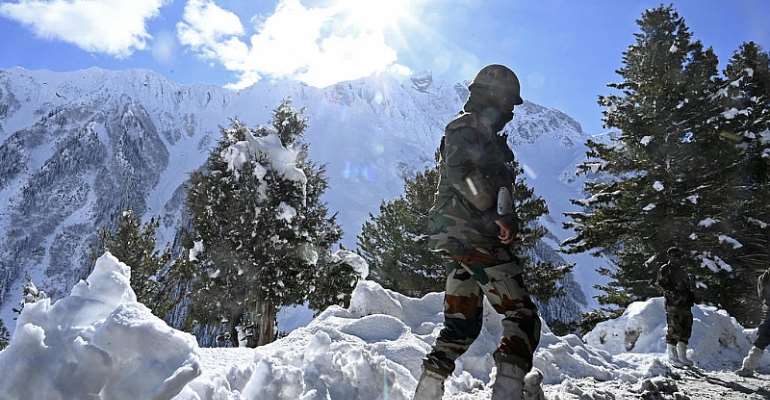 India and China have agreed to pull back troops from their disputed border, marking a thaw in their months-long military stand-off in the Himalayas where thousands of frontline soldiers of the two rival armies are deployed.

The announcement came days after a phone call between Indian Prime Minister, Narendra Modi and US President Joe Biden on “regional security issues” and ways to ramp up a four-nation grouping which also include Japan and Australia.

On Thursday, Indian Defence Minister Rajnath Singh said nine rounds of military talks with China resulted in a decision to mutually “disengage” from the banks of a lake in the Indian Himalayas.

"Our sustained talks with China have led to agreement on disengagement on the north and south banks of Pangong Lake,” Singh said.

“India and China will remove forward deployments in a phased, coordinated manner," the minister told parliament.

The announcement was seen as key step to reduce tensions that erupted in April when India said Chinese troops tried to sneak across a de facto border into Ladakh in the Himalayas.

“Frontline units of the Chinese and Indian armed forces in Pangong...began to simultaneously and systematically organise disengagement on February 10," Wu Qian, a Chinese military spokesman, said on Wednesday.

Singh added that military leaders would resume talks on the withdrawal from other frontier sectors within 48 hours after the pull back.

“It is in the interest of both countries to de-escalate because it will make no sense to fight a battle at such treacherous heights,” said former Indian army lieutenant general P.J.S Pannu.

But the general suggested India must “monitor and verify that the intent on the ground is the same as what they are speaking about”.

“The larger reality that confronts China-India ties today is that they have become very volatile and they have become openly hostile,” said Harsh Pant, a strategic analyst from Observer Research Group, a Delhi-based think-tank.

Tensions came to a head last June when some 100,000 troops backed by artillery and armour were holding ground at friction points along the border Himalayan area in the Galwan Valley.

China suffered casualties but it did not give the number of its soldiers killed or injured.

The two uneasy neighbours, who fought a brief but bloody border war in 1962, have held several rounds of fruitless talks to resolve disputes over their 3,500-kilometre frontiers.