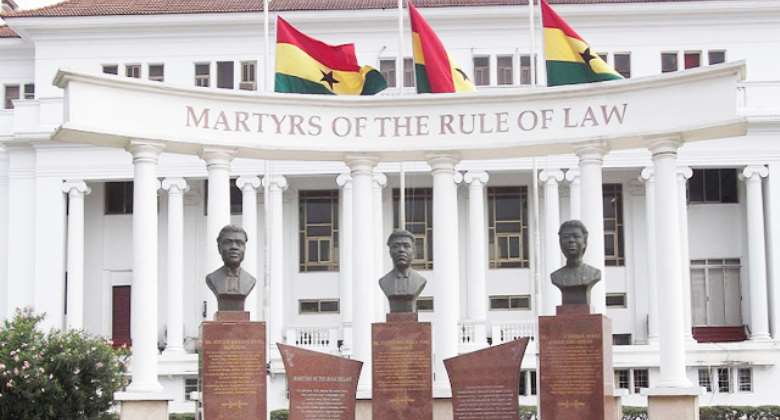 The law does not compel a witness to testify in Court. A witness can anytime during the court proceedings decline to mount the witness box or testify.

The purpose of a petitioner or defendant to present lawyers and witnesses during a legal tussle in court is just to grant him/her a better chance of a favoring verdict. More over, no one petitions the court with the perception of winning a case based on the statements of the unknown witnesses of his/her opponents, in other words, it is not incumbent on the witnesses of an opponent to make one’s case good, they rather intend to make one’s case bad.

Mrs. Marietta Brew Appiah-Oppong, a former Attorney General and Minister for Justice, and a Spokesperson for the Petitioner in the 2020 Presidential Election Petition on Monday 1st February, 2020 after the hearing in Court asserted that, the National Democratic Congress (NDC) was extremely satisfied with the testimony given by Mr Johnson Asiedu Nketia, and that, nothing he stated undermines the case. She further continued that everything Mr Asiedu Nketia stated goes to point to the fact that they are entitled to the declarations that they are seeking.

The truth of the matter is the NDC presented three witnesses: Mr. Asiedu Nketia, General Secretary of the NDC; Mr. Rojo Mettle Nunoo, Politician, former deputy Minister of Health and Businessman, and Dr. Michael Kpessa-Whyte, former Executive Director of National Service Secretariat (NSS) and an Academic. Mr. Asiedu Nketia was presented to serve as an auditor with a tasked to discredit the figures of the electoral results through an assumed claim of an audit of the figures while Mr. Rojo Nunoo and Dr. Kpessa-Whyte were presented to discredit the credibility of the Electoral Commission (EC) through the exposure of their alleged bias and other irregularities that characterized the elections procedures at the National Collation Centre of the EC.

Note, Mr. Rojo Mettle Nunoo and Dr. Michael Kpessa-Whyte were also the Representatives of the NDC at the EC National Collation Centre.

But instead of accomplishing the task assigned them respectively, due to the deceitful and lack of evidence nature of their petition and their intention only to confuse and deceive society in order to gather sympathy from the court of public opinion for themselves, they paraded and presented worthless evidence which can not even convince God to pass a verdict against Satan.

First was Mr. Asiedu Nketia, instead of proving to Court the irregularities that characterized the count of the votes to support their alleged position that His Excellency Nana Addo Dankwa Akufo-Addo, President of the Republic of Ghana didn’t attain the 50% + one vote as per their petition, he rather clarified that, despite he is not the petitioner, he is yet still very aware that, the petitioner’s motive in court is not to seek the announcement of a different election results but rather to challenge some actions and inactions of the Electoral Commission. More over, Mr. Asiedu Nketia’s testimonies were frosted with so many inconsistencies and trivialities.

The NDC has only presented packs of frivolous and preposterous statements as evidence which can not even convince a “Tsatsu Tsikata” to rule in their favour, so it would be highly unnecessary and a waste of time on the part of the respondents to present witnesses to discredit since the empty and unwarranted statements of the petitioners and their witnesses are weighty enough to discredit their entire petition and as well render it useless and superfluous.

Planting for Food and Jobs failed due to poor implementation...
42 minutes ago