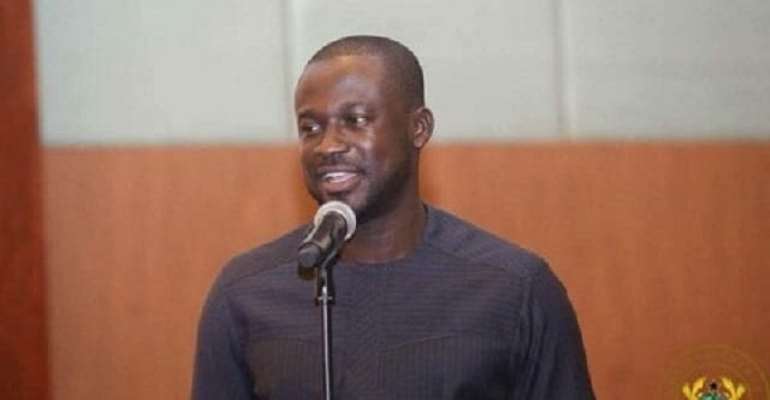 Director of Communications at the Presidency Mr. Eugene Arhin has described as false allegations of physical abuse listed in the divorce documents filed by his wife Gloria Assan Arhin.

The wife, a former banking says she is seeking a divorce as a result of extramarital activities of her husband as well as various abuses including verbal, emotional, psychological and physical.

Reacting to the news of the divorce that has gone viral in the last 12 hours, Mr. Eugene Arhin who says he has not been served with any documents from the court has stressed that he is not ready to talk about the matter in public.

“I will not, for the sake of my children, and for the dignity of my wife, engage in any public banter,” a post on the Facebook page of Eugene Arhin reads.

He adds, “In as much as many of the claims leveled against me are baseless and untrue, especially with respect to properties and physical abuse.

“In as much as many of the claims leveled against me are baseless and untrue, especially with respect to properties and physical abuse, I will hold my peace and deal with them in the Court of Law.”

Meanwhile, Mrs. Gloria Assan Arhin is among other things praying the court to order her husband to pay her a sum of GHS2 million as compensation. 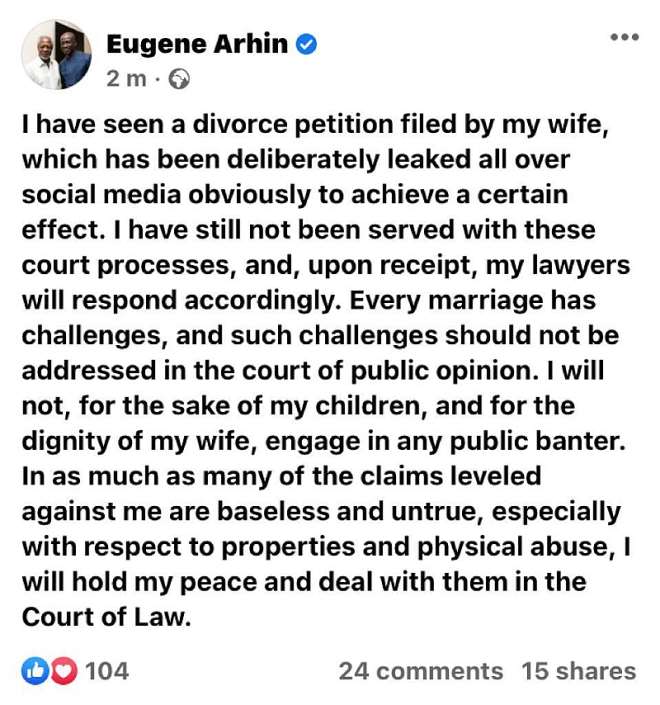