You're divisionist, mischief maker if you disagree with some church activities — Pastor Chris to congregants 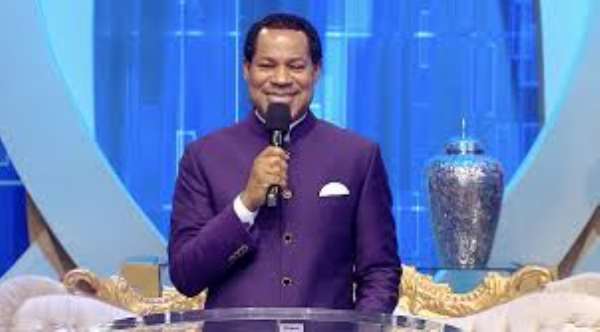 The LoveWorld Incorporated which is also known as Christ Embassy leader, Pastor Dr Chris Oyakhilome has pointed out what constitutes a mischief maker in the church.

He stated that, if anyone says "I don't agree with everything or some of the things done in the church even though I'm a member of the church, then, something is wrong with you. You ought to agree. That means you're divisive and God is telling us to beware of you."

Dr. Oyakhilome added that, if there is something which the church does that someone doesn't agree, that person needs to go the next person above him and have a discussion in order to clear any doubts lingering in his/her mind.

Pastor Chris added, "if that leader doesn't understand it, then the two of you would have to go to the next leader for further explanation. But, if after we've discussed it, you still hold on unto your opinion, then you're nothing but a mischief maker."

Explaining further, Pastor Chris said there are people who love divisiveness and rather unhappy when they see unity among people. He continued that, the Bible tells us that "The power of a people is their unity".

Supporting his position with the Bible, he referenced Genesis 11:6, "And the LORD said, Behold, the people is one, and they have all one language; and this they begin to do: and now nothing will be restrained from them, which they have imagined doing."

Explaining the above,there are those who love divisions and are most happy when they see deviants. "Jesus said it sufficient that a disciple should always look like his master."

The Christ Embassy founder was delivering a sermon on the message titled "Beware of Dogs" at his church monitored in a Facebook post by Affirmationtrain.

In concluding, he quoted from 1Thessalonians 5:13 and 14 saying, "And to esteem them very highly in love for their work's sake. And be at peace among yourselves. And we urge you, brothers and sisters, warn those who are idle and disruptive, encourage the disheartened, help the weak, be patient with everyone".

He explained the above stressing that, it connotes a military word meaning those who break ranks must be warned.

"The Christian life has a prescribed order and you can't just go to church anyhow you like and to wherever you choose," he emphasises.

Stiffer sanctions needed to punish persons who engage in tax...
58 minutes ago