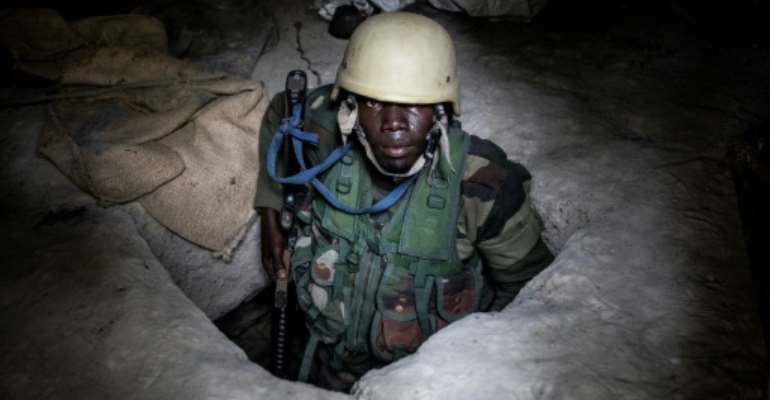 A Senegalese soldier inside a small underground bunker at a rebel base the army captured in Casamance. By JOHN WESSELS (AFP)

Senegal's army said Tuesday it has captured three rebel bases in the southern Casamance region with support from neighbouring Guinea-Bissau, after fighting flared up in a long-dormant independence conflict.

The conflict in Casamance, which is separated from the rest of Senegal by The Gambia, is one of Africa's oldest and has claimed thousands of lives since it first broke out in 1982.

The region had returned to an uneasy calm in recent years until the army launched a major new offensive on January 26, the rebels accusing the government of "restarting the war".

Senegalese army officers told AFP that following years of "neither war nor peace", the operation was launched to secure the region after "abuses" committed by the rebels against civilians.

The soldiers took media members, including AFP journalists, for a rare visit in the area to two of the rebels bases, simple tin and wood shelters scattered under the huge trees of the Foret de Blaze.

There were also small underground bunkers in the forest that could hide only a few people.

The surrounding area was charred -- the aftermath of the fighting, the officers said. 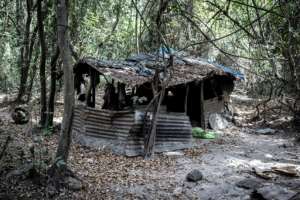 Part of a rebel base seized by Senegal's military. By JOHN WESSELS (AFP)

Local army chief Colonel Souleymane Kande said the bases belonged to the Casamance Movement of Democratic Forces (MFDC), which has for decades been waging an armed fight for independence.

The rebels at the bases were captured in an operation that began with artillery fire and ended with ground forces with aerial support, one officer said on condition of anonymity, adding that he took part in the fighting.

Senegal's military has not reported either army or rebel casualties, and it was not possible to get reliable independent figures in the isolated region.

Kande said the rebels had been driven from their base in Badjom, "the centre of gravity and the force of the MFDC", about 20 kilometres (12 miles) from Casamance's main city Ziguinchor. 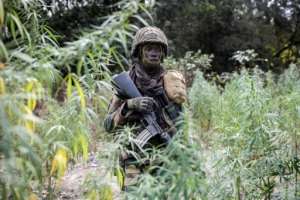 A Senegalese soldier walks through a field of cannabis seized from rebel fighters. By JOHN WESSELS (AFP)

"There was a large convergence of efforts carried out with Guinea-Bissau's defence and security forces, operational and military cooperation with (their forces) with whom we share a lot of information," he said.

Guinea-Bissau had long been accused of serving as a support base for the rebels, with claims that the country even supplied them with weapons. Then an ally of Senegalese President Macky Sall, Umaro Sissoco Embalo, became Guinea-Bissau president last year.

The officers said the army seized weapons, motorcycles, mortars and even rocket launchers during the offensive, many of which they showed to the media.

The army said the operation also aims to let people displaced by the conflict resettle, and to put an end to rampant timber and cannabis trafficking in the region.

The military took control of several hectares of cannabis.

"These are industrial farms of Indian hemp that fed the criminal economy of the armed gangs," Kande said.

Recent years had seen a return to relative calm to the region, with Sall's election in 2012 bringing about several attempts at peace, all of which failed.