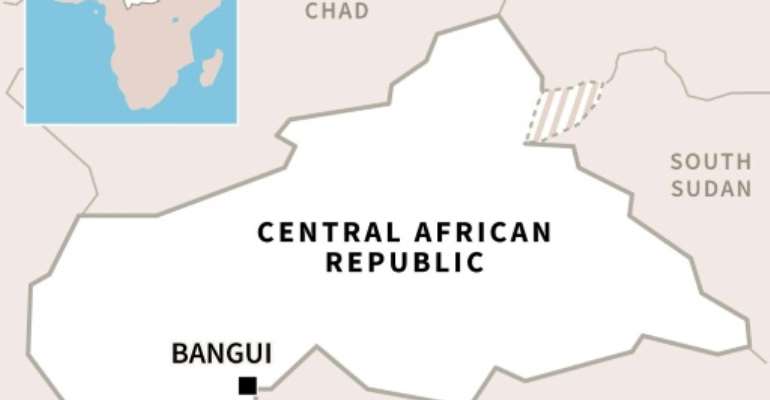 Pro-government forces in the Central African Republic have retaken a strategic town northwest of the capital Bangui that had been partially held by rebels since December 27, a government spokesman said Tuesday.

"The town of Bouar has been retaken by Central African armed forces and their allies," Ange-Maxime Kazagui told AFP.

The government typically refers to Rwandan soldiers and Russian paramilitaries deployed to the country as allied forces.

They have deployed to shore up the Central African Republic's government and depleted military.

After six of the country's most powerful armed groups which controlled some two-thirds of the country formed an alliance in December, they launched an offensive against the government of President Faustin Archange Touadera.

They took Bouar on December 27, the same day of the first round of the country's presidential election.

Touadera won the vote in the first round, but the country's political opposition dismissed it as a sham.

Turnout was just 35.25 percent, with hundreds of thousands of voters unable to cast ballots, especially in areas controlled by militia groups.

Bouar has a population of around 40,000, making it the country's fifth-largest town, and is located on a vital supply route linking the capital with the Cameroonian border.

The rebels have sought to cut off the capital with attacks along the route.

Bouar, located some 430 kilometres (270 miles) from the capital, also hosts the Central African army's headquarters for its western region, its most densely populated.

The rebels, united under the Coalition of Patriots for Change alliance, attacked the headquarters on January 9 as well as a base for UN peacekeepers in the country, both of which are located on the edge of town.

They were beaten back after heavy fighting and following a show of force by French fighter jets.

Since then, the rebels had continued to occupy the city centre, where public buildings and NGO offices were looted.

Pro-government forces have carried out an offensive since late January to clear the route linking Bangui to Cameroon and allow aid convoys to arrive.

In recent days, some five other towns have also been retaken, and on Monday an aid convoy reached Bangui after a 50-day blockade by rebels.

Collaborate with NIA to end compilation of new voters’ regis...
56 minutes ago