Police gun down armed robber, arrest two others at Haatso 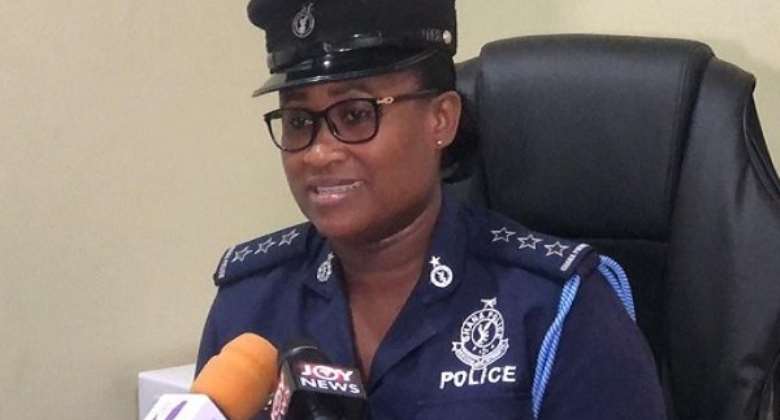 The Accra Regional Police Command personnel on Monday, February 8 gunned-down a suspected armed robber during a gun battle with a suspected gang of robbers.

Two of the suspected four robbers were also arrested whilst one of them escaped.

Deputy Superintendent of Police (DSP) Effia Tenge, Head of Public Affairs Unit of the Command, who made these known to the Ghana News Agency, said the gang attempted attacking a block factory at Haatso.

She said Police thwarted their plan based on a tip off.

"Today 08/02/2021 at about 11:30am whiles the team was on the aforementioned duties, four (4) men besieged the premises of the company under the pretext of engaging in a business transaction and insisted on seeing the chief Executive," she revealed.

In the process they pulled out pistols to take the men hostage amidst sporadic shooting on the premises and in the gun fire exchange, one of the robbers was killed.

Two others, she said, had been arrested whereas one of them managed to escape.

Upon interrogations, they admitted their involvement in the attempted robbery and mentioned the one at large as Isaac alias "my brother".

In a related development, the Police say the same persons are suspected to have attacked a Goil filing station and murdered a security man in the process on February 07, 2021.

Meanwhile, the Police have retrieved a Millennium pistol with five (5) rounds of ammunition.

The two suspects are in custody while the body of the deceased whose name is unknown, has been deposited at the Police Morgue for preservation.

Franklin Cudjoe back calls for probe into Covid-19 expenditu...
26 minutes ago

North East: One killed in clash between two communities
26 minutes ago