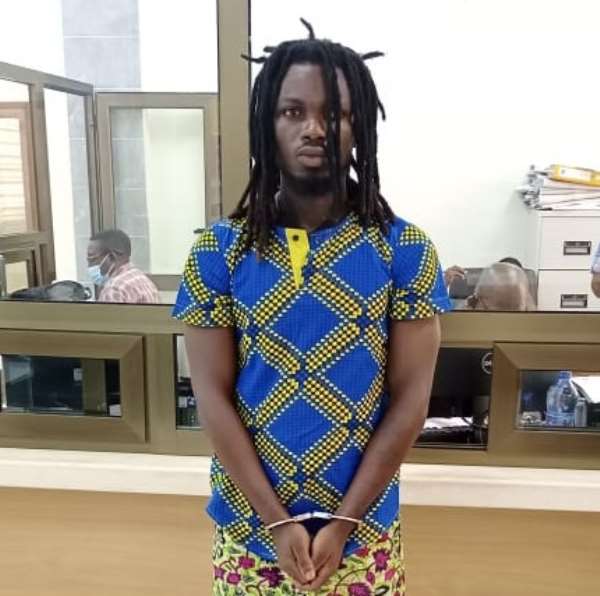 A 28-year-old owner of a hairdressing salon at Amakom in Kumasi, Akwasi Asiamah is in the grip of the police for locking up a police officer and personnel from the Electricity Company of Ghana (ECG) in his salon.

Asiamah was arrested last Wednesday and is currently in police custody assisting in investigation.

His action followed the attempt by the police officer and the ECG personnel to arrest him for illegal power connection and also owing the company to the tune of over GH¢7000 as a result of an earlier illegal connection.

Briefing Graphic Online, the acting General Manager of Public Relations and Communications for the Ashanti Strategic Business Unit of the ECG, Mr Erasmus Kyere Baidoo, said on January 9, 2021, personnel from the ECG visited his salon, 'On Point Salon' at Amakom and detected that Mr Asiamah tapped into a single-phase energy metre to connect power to his salon.

He said it was detected that he had consumed power illegally for a period of 12 months which amounted to GH¢7486.56, that is 6792 Kwh, and was accordingly billed.

According to Mr Baidoo, after several unsuccessful attempts to get the salon operator to pay the bill, the personnel from the ECG, together with the police, visited his salon again on February 2, 2021, "only to discover that Mr Asiamah had illegally reconnected the salon from a nearby shop and was working.

Having realised what was happening, the ECG officials and the police officer, Mr Baidoo said, confronted the salon operator about his illegal act and threatened to arrest him as it was an offence.

"However, Mr Asiamah who was angered by the attempt of the police and the personnel from ECH to arrest him got out of the salon and used two big padlocks to lock them in the salon and left the scene," Mr Baidoo said.

According to Mr Baidoo, when he locked up the place, Mr Asiamah then to the Asokwa Police Station to report that some robbers had come to his shop to rob him and gave the number of the police CID, who was part of the team as a suspect.

"When the number was called, the officer identified himself and asked that Asiamah be detained.

According to Mr Baidoo, the stranded ECG officials and the police officer had to call for help and waited for a while before another policeman arrived with the key to enable them to get out of the salon.