Why NPP Lost Seats In 2020 Election 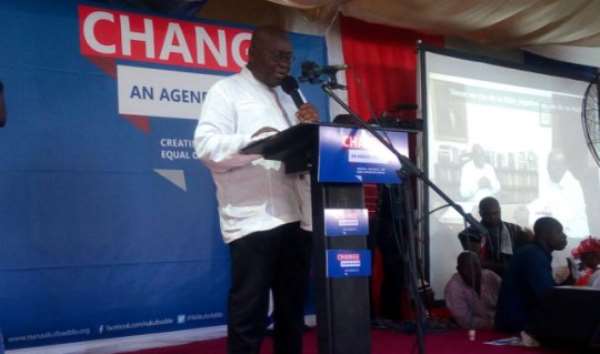 Walking through the memory lane, Caucus for Democratic Governance, Ghana (CDG-GH) recalls the famous rhetoric from Nana Addo in 2016, translated means “we are sitting on money yet we are hungry if you give me power I will change the situation”. The people gave him power the last four years and our people are still hungry and our water bodies and mining area are miserable and worse off than before.

We are now one of the most corrupt countries in the world, with corruption index of 40; the lowest ever. From 2017-2020, Ghana lost 120 billion ghc as a result of corruption. Our national tax revenue is less than 42 billion, out of which 38 billion is used in servicing our foreign debt. Our foreign and domestic debts add up to 56 billion; which presupposes that we are using borrowed money to pay our debts.

Late Rawlings, Kufuor, late Mills and Mahama in 2016 left a national debt of 120 billion ghc. The total national debt now has risen to 272 billion. This means Nana Addo alone has borrowed 150 billion ghc; the highest amount borrowed by a single President. The question is : what did he do with the money? According to IMF, Ghana today, is in high debt distress; yet the Finance Minister, using tricks of creative accounting as well as massaging of financial figures, is creating the impression that the economy is picking up. Indeed the economy is collapsing in Intensive Care Unit, growing at negative 0.9 % while Kenya, Senegal and Ivory Coast are growing between 2% - 3.5% in spite of COVID 19.

Nana Addo has depleted all the reserves and mortgaged asserts left by former President Mahama. Monies from the Heritage Fund, Oil Fund, and Stabilization Fund and extra resources made available by Parliament, monies from the three new Oil Wells, the $100 million , $1 billion and subsequent billions of dollars from IMF through WHO has been wasted in the drains of corruption.

Closure of Banks led to the loss of ghc 22 million and loss of over 3,000 jobs. PDS was given to relatives and friends of Nana Addo, led to the loss of $1.8 billion and the withdrawal of $190 million by USA government. Agyapa deal, meant to mortgage our 10% Mineral Royalties for 15 years has led to loss of millions of dollars. The AMERI deal, Kelvin DVD, BOST and other corrupt cases, according to our research, add up to 142 corruption cases, which cost Ghana 120 billion ghc, under Akufo Addo`s presidency.

Data Bank, the clan and family Bank founded in 1983 was worth 800 million ghc in 2016; that is after 33years of active service. From 2017 -2020, that is in four years of Akufo Addo`s rule, Data Bank is worth 5 billion ghc; a clear indication that Nana Addo`s aim, aspiration and interest, is NOT to develop Ghana; but to become the first dollar billionaire in Ghana. AKUFO ADDO MUST GO.