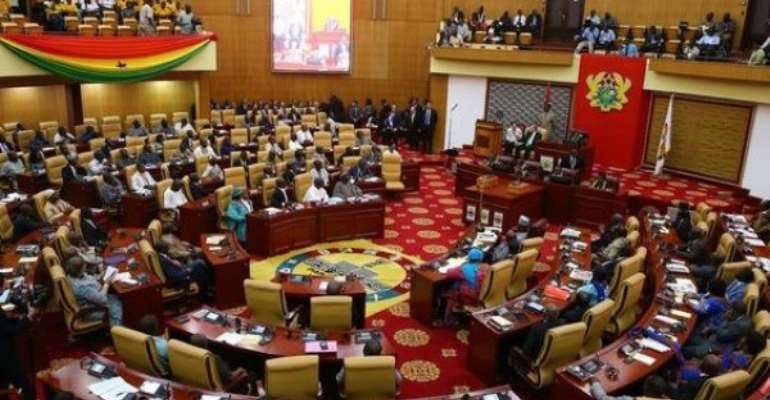 Despite consistent reminders, 50 Members Parliament (MPs) have still not made themselves available to the covid-19 test.

The situation made Minority Chief Whip, Alhaji Muntaka Mubarak to demand that the Chief Whips of both the Majority and the Minority Side be supplied with the names of members of their caucuses who tested positive so that they could ensure they did not come into the chamber.

The Minority Chief Whip requested each MP should be given the results of his or her test, arguing that it was not enough to transmit the results of the test by telephone calls.

Majority Leader Osei Kyei-Mensah-Bonsu, urged MPs and staff as well as journalists who covered Parliament to take the test or risk being barred from coming to the House.

As he read the Business Statement for next week ending February 12, 2021, Mr Osei Kyei- Mensah-Bonsu, the Majority Leader and Chairman of the Business Committee, cautioned Members and Staff that visitors were not allowed in the House or into their offices.

Also visitors are not allowed into the public gallery of the House to observe proceedings in the chamber.

Meanwhile, Mr Osei Kyei-Mensah-Bonsu announced in the Business Statement that the Appointments Committee would begin vetting of proposed Ministers from next week Wednesday.

He said the Appointments Committee would soon be dissolved, and renamed subject to the pending approval of the new Standing Orders of Parliament.

And the House would have to sit for an extended time next week Thursday at plenary to approve the composition of members of various committees of Parliament.

He also informed the House that an induction seminar for new MPs had been scheduled to last from later in the day, to Monday at the Aqua Safari Resort at Big Ada.

Mr Kyei-Mensah-Bonsu urged the Leadership of the House to take part in the seminar and added that re-entrants into the House would have their turn next week.

Speaker of Parliament Alban Sumana Bagbin had earlier on Thursday informed the House that 15 Members of Parliament (MPs), 56 Parliamentary Staff had tested positive to Covid-19, in a recent test done by the Noguchi Memorial Centre for Medical Research in the House.

Speaker Bagbin in the announcement said the MPs and Staff had been contacted and advised to self-isolate and had been given prescriptions to facilitate their recovery.

He further announced that the House has “generously accepted to do a mop up tomorrow, Friday 5th February 2021 and urged members who had not done the screening to do so.

As part of measures in line with COVID-19 protocols, Speaker Bagbin announced that in consultation with Leadership and the Clerk, had taken a decision for the House to sit on Tuesdays and Thursdays to curb a further spread of the virus.

And, “only Members of Parliament and members of staff who are needed for the business of the House on those days will be allowed into the precinct of Parliament from next week. This excludes members and staff who have tested positive and those who are yet to present themselves for the test,” Speaker Bagbin added.

Speaker Bagbin had earlier in the week threatened to publish names of MPs who have tested positive, but were still coming into the chamber; and urged those who tested positive to isolate themselves and observe all the necessary protocols.