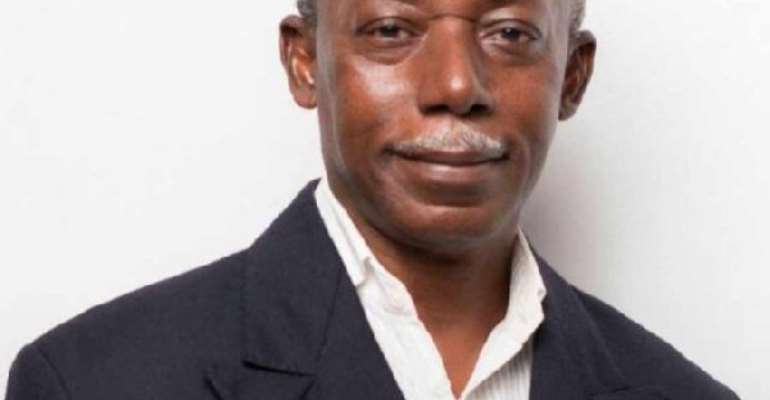 A duplicate docket on Professor Emmanuel Yaw Benneh a law lecturer who was murdered at Agyriganor has been forwarded to the Attorney General's Department for advice.

Inspector Ebenezer Teye-Okuffo, who is leading the Prosecution, said the Police was therefore waiting for directives from the AG's office.

Two suspects namely Ebenezer Quaisie and Opambour Agya Badu Nkansah are being held for their involvement in the murder of the law lecturer.

At the Kaneshie District Court, Mr Larbi Amoah, counsel for Opambour lamented over the kind of treatment being meted out to his client who had undergone surgery.

Mr Amoah said after Opambour's surgery he was to go for wound dressing every three days but this was not being done.

He recalled that for the past one week, the accused had not gone for any wound dressing because they claimed there was no money.

Counsel said it was Opambour's mother who gave some money out for his son to be sent to the hospital for his wound to be dressed.

The case investigator explained that because there was no money, Opambour could not be sent for his wounds to be dressed regularly.

Inspector Okuffo explained that it was the crime officer who is to ensure the delivery of money for accused's wound to be taken care of.

The trial has been adjourned to Feb 24.

The Police at the last sitting substituted and preferred fresh charges on the two suspects allegedly involved in the murder of the law lecturer who was murdered in cold blood at his residence at Agyiriganor in Accra.

In the new charge sheet, Ebenezer Kwayisi aka Junior, a 25 year old mason apprentice has now been charged with murder.

Opambour Agya Badu Nkansah also known as Enoch and one Kwayisi have been jointly held for conspiracy to commit crime to wit murder.

This was after the prime suspects James Nana Womba died in Police custody.

The pleas of all the accused have not taken and they have been remanded into Police custody.

The Prosecution told the court presided over by Ms. Ama Adomako Kwakye that, Akosua Benneh-Akuffo, complainant is the niece of the late Prof Benneh, the deceased in this case, whilst James Nana Womba, the prime suspect, now deceased was a cleaner in the deceased's house at Agyiringanor.

Prosecution said, on September 12, last year, at about 0800 hours, the deceased was found lying dead in a pool of blood in a corridor leading to his bedroom, lying in prone position with his hands tied behind him with a white rope and his legs also tied with a green rope just below the knees.

He said examination on the body of the victim revealed multiple marks of assault on the face with a cloth partly inserted in his mouth.

Prosecution said the Police found on the scene a hand glove, a white rope with blood stains and blood stains on the walls.

The Prosecution said the body was deposited at the Police Hospital Mortuary for preservation and autopsy.

Inspector Teye-Okuffo said on September 21, last year, a post mortem examination was conducted on the deceased's body and the pathologist gave immediate cause of death as “Asphyxiation, Strangulation and suspected Homicide”.

He said on September 13, last year, James Nana Womba, now deceased was arrested for investigation and his finger prints was taken and sent to Finger Print Section of CID Headquarters for examination.

He said the result from the headquarters indicated the fingerprints captured at the crime scene was identical to that of the deceased, Womba.

The Prosecution told the court that Womba confessed to the crime during investigation and mentioned Nkansah and Kwayisi as his accomplices who were later arrested at their various hideouts for investigation.

Inspector Teye- Okuffo informed the court that investigation revealed that during the month of August last year, Womba contacted Opambour and hatched a plan to murder the victim in his house, so Womba assigned Opambour to recruit a gang to execute the plan.

He said two weeks later, the deceased, Womba had a change of mind and contacted Kwayisi to assist him execute the plan.

Prosecution told the court that Ebenezer Kwayisi agreed and visited Womba who both discussed in detail how the plan was going to be carried out and on September 10, last year, the accused went to the victim's house and executed their plan by killing the Professor.

The Prosecution said the accused in their investigation cautioned statements narrated how each of them conspired with Womba to kill the victim.