Discovery in Election Petitions: The Duty of the Electoral Commission 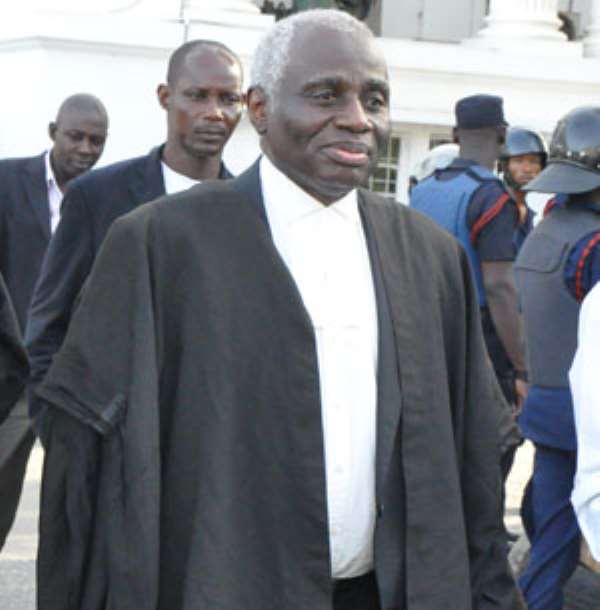 For the second time, in less than a decade, the validity of the election of the President is being challenged in Court. The challenge involves the same parties, although the 2013 petitioner is now the respondent and vice versa.

The petitioners, both now and in 2013, applied to inspect documents in the custody of the Electoral Commissioner (EC).

There may be those who agreed with the Court in 2013 and now. They may have good reasons for their consistent stand.

I disagreed with the Court in 2013 and do now. My reasoning is simple. Unless there is some privilege that is being asserted, all government documents, here election-related documents, should be discoverable (i.e., available to litigating parties).

The EC loses nothing by making available to a petitioner any and all documents that the petitioner believes will help his case. Quiet apart from the importance of such discovery in facilitating the search for truth and in helping to avoid ambush litigation, I dare say such willingness to disclose information actually enhances the reputation of the EC and further adds credibility to its declaration.

Some have likened the election dispute to a dispute with a bank over a customer’s balance. They claim that if a customer has copies of bank deposit slips then the customer should not be entitled to the originals of the deposits slips or other information used by the bank to arrive at the bank balance, even if the bank reports multiple balances from the records in its custody.

By parity of reasoning, they argue that petitioners should not be entitled to discovery of the EC’s documents since, as parties to the elections, they get carbon copies of some of the election-related sheets. Most cite polling station pink sheets, even though the 2021 petitioner did not request to see those.

I demur. A customer is entitled to the documents used by the bank to arrive at the different balances, notwithstanding his possession of copies of the underlying deposit slips. The essence of discovery is for the parties to know the evidence available to each other to facilitate their trial preparation. Besides the bank loses nothing by providing the slips, even if it is true that it once gave them to the customer.

The requirement for the custodian of documents to make them available to its customers is even more compelling for an organization, such as the EC, that is charged with performing a public function that requires independence and accuracy.

Further, we are all aware with the problems of carbonized copies, many of which are detailed by the Court in 2013. Thus, the argument that the petitioner should rely on the carbon copies is weak, at best.

Discovery, including the inspection of documents, should let the parties learn about their adversaries’ evidence to give them time to obtain challenging evidence.

The government and its agencies have a high duty of disclosure to the public and certainly to those challenging their decisions and declarations. It is in that spirit that most people welcome the televising of the election petition. The Court agreeing to televise the proceedings is the Court’s way of communicating to the public that it has nothing to hide and will be fair to all parties.

The EC too appreciates this spirit and has a website with some disclosures. The Commission has publicly declared that “We reassure the general public that all data generated before, during and after the general election has been preserved and will be made available to any interested party in a transparent manner when requested through the laid down process.”

Being in a Court arena should not diminish its commitment to transparency. It should heighten it. The EC helps itself when it appears to be helping all parties understand what it has done rather than when it assumes an adversarial role. Further, the EC seems to be undercutting its own stated policy when it opposes an application of an interested party to inspect election related documents and I might add when it declines to answer election related interrogatories.

While named as a respondent, the EC should see its role in Court as one of an independent body seeking to help the Court, the parties and the public to understand the work it has done and to resolve any doubts surrounding the work. It errs when it assumes an adversarial or advocacy position.

In this regard, the EC should even voluntarily provide petitioners with any information that will be helpful to their case, even if the petitioners have not specifically asked for such information.

Further, much of the time that is spent in Court arguing for and against these applications will be saved if the EC simply provided the requested documents (here Forms 9, 10, 11, 12 and 13).

I will support a revision of the Court’s rules to compel the EC, and other public agencies, to disclose documents in their custody to those who challenge their decisions and declarations.

Anyone who will want these disclosures as a petitioner should support this move. We must avoid taking positions based on where we stand.

The Speaker is right in complaining about the President’s failure to consult Parliament in the appointment of certain categories of Council of State members.

By the same token, the Speaker should also complain about why the citizens of Santrofi, Akoafu, Lolobi and Lipke (SALL) are not represented in Parliament.

It is not “on” for the Speaker to complain about the lack of consultation while failing to take notice of SALL’s unprecedented and unlawful disenfranchisement.

We must insist on good governance (GOGO) in all our civil and political spaces.

Akuapem Poloo conviction should serve as a deterrent to nude...
36 minutes ago