'We shall sleep soundly': relief in Uganda as LRA commander jailed 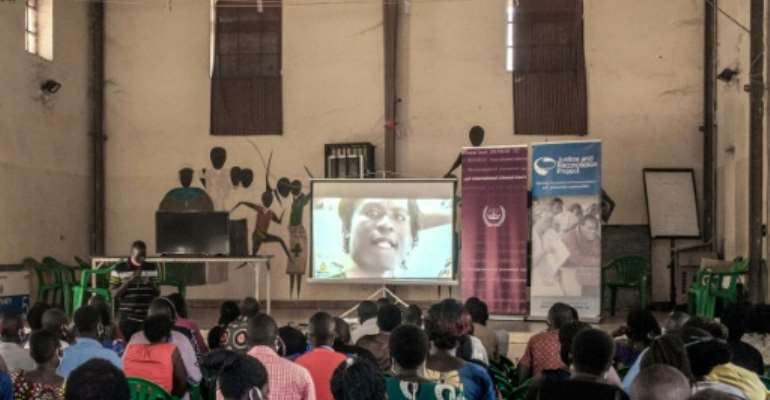 Public screenings were held in many places. By Sumy Sadurni (AFP)

First they sat silently, tears streaming down the faces of some, huddled around a radio as a judge read out the names of their dead relatives in a court thousands of miles away.

Then, the villagers of Lukodi in northern Uganda burst into cheers, raising their hands to the skies, as Dominic Ongwen, 45, was found guilty by the International Criminal Court (ICC) for his reign of terror in this region.

Ongwen, 45, a former child soldier who became a commander of the Lords Resistance Army (LRA), was born in the neighbouring village of Kaladima.

He was captured by the LRA as a child and became one of the most feared leaders of the group which killed more than 100,000 people and abducted 60,000 children in a campaign of violence that spread from Uganda to Sudan, the Democratic Republic of Congo and the Central African Republic.

At the opening of his trial, prosecutors played gruesome videos of the aftermath of an LRA attack on a Lukodi camp for internally displaced persons, showing disemboweled children and the charred bodies of babies in shallow graves.

Lukodi, a rural hamlet along a dusty road with a few scattered houses -- some made of mud or wattle -- a small market, a primary school and a health centre, was a tranquil farming community before the LRA terrorised the region.

The 2004 massacre, which left some 65 people dead, was the deadliest of many LRA attacks on the village, which like much of northern Uganda remains scarred by the violence.

"The attack by the rebels ... changed the face of our community. With everyone living in fear, most people who survived fled leaving behind the big number of elderly people you see around," Joseph Nyekorach, 72, a local farmer told AFP. 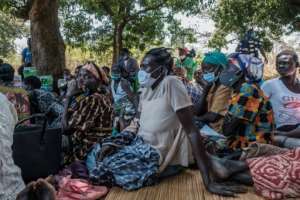 People from Lukodi gather around a radio to listen to the verdict. By Sumy Sadurni (AFP)

"We shall tonight sleep soundly knowing at least one of our tormentors will spend time in jail, without fear he will get out to come and kill us in revenge," he said.

Ongwen was found guilty of 61 charges, including multiple murders, rape and sexual enslavement by the rebel group, plus the first ever conviction by the Netherlands-based court for the crime of forced pregnancy.

ICC judges dismissed defence claims that the Ugandan was himself a victim of the LRA as he had been abducted by the group as a nine-year-old boy and turned into a fighter.

Ongwen, who surrendered in 2015, is the first LRA commander to be put on trial and convicted by the ICC.

Notorious LRA leader Joseph Kony remains on the run, after 35 years terrorising parts of central Africa, although his army has dwindled significantly.

Public screenings, some with televisions and plastic chairs set up for communities to watch the verdict, were also held in the nearby city of Gulu and in the capital Kampala some 350 kilometres (220 miles) away.

In Lukodi, the ICC proceedings were translated into the local Acholi language on the Mega FM radio station. 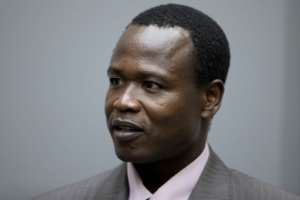 Ongwen was recruited as a child soldier. By Peter Dejong (ANP/AFP/File)

Fau Achero, 61, a petty trader, welcomed the ruling, but said "it cannot replace the deaths we suffered, the anguish, the life of helplessness we have endured from that time."

"It is good he has been made to pay back for his sins."

Local journalist Denis Ojwe, 51, who covered the attack, regrets that more heinous crimes than those carried out by Ongwen have not seen justice, but said the verdict showed that no one was above the law. 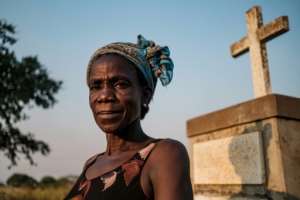 Margaret Labol, 50, lost 15 family members and her husband, a Ugandan soldier, during the Lukodi massacre. By Sumy Sadurni (AFP)

"The ruling reminded me of the exact day of the attack when we found bodies lying in burnt houses, some beyond recognition and desperate villagers who survived fleeing for safety," added Ojwe.

Another farmer, Titus Oryema, said his three children were shot dead in front of him and he himself was injured.

"No one in Acholi land would believe that Dominic Ongwen was not guilty for the crimes committed against the people of northern Uganda and could not be found guilty," he said.

A/R: Over 500 houses earmarked for demolition in Afigya Kwab...
47 minutes ago