Thoughts Of A Nima Boy: An Autobiography By Rawlings Is Needed 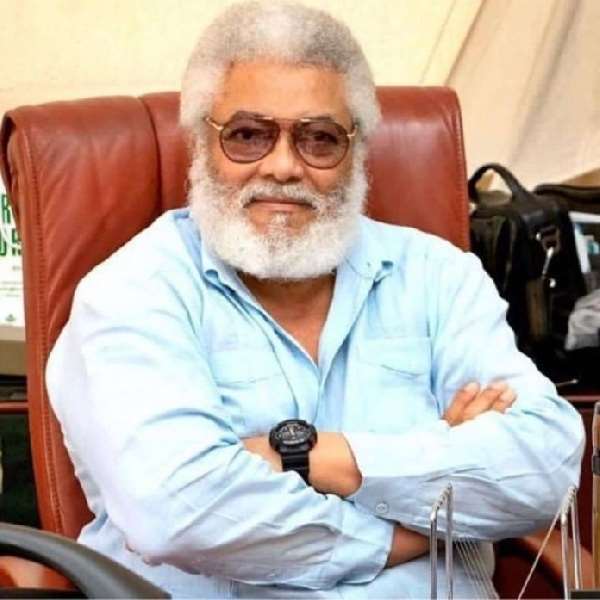 Last week Wednesday, we buried our former President, a great son of the land and a great soldier of our sterling military at the Burma Camp Military Cemetery. It was a sad day in the history of our country. The whole nation was in a somber and reflective mood because this is one man who served the country for a very long time crossing over to the shores of the afterlife. The political history of our Fourth Republic can never be written without highlighting him. To describe him as the very epicenter of this period can never be an overestimation. The main opposition party was formed by him and the ruling party was formed or resurrected because of him, no matter how you look at it. So it is really a sad one for the nation.

Personally, I was sad too. But my sadness had less to do with the burial and more to do with the fact that half of our history as an independent nation has been buried. Shelves of books that we can never get again interred and profound historical narrations that will never be rendered till eternity. I was sad because Flight Lieutenant Jerry John Rawlings, our longest serving Head of State for nineteen solid years (11 as a military ruler and nine as a democratically elected leader) who supervised over one of the most interesting periods of our history, who stabilized the country and returned it to a solid democratic path has died without a book coming out from him at the point of death. Many views have been shared and continue to be shared on the actions he took; those that were done in his name (whether sanctioned or not sanctioned by him), his speeches which were almost always fiery, his tenure, his role in our development (villain or hero depending on where you stand). Many even state that the bloodiest part of our history was when Rawlings burst onto the scene; a view my grandparents and many Ghanaians will never take because they believe he rather sanitized the country which was going down the economic and moral spiral. Yet there is no authoritative book from the man himself that one could reference in substantiating a stance or a point.

Permit me to draw this in. A year after President Bill Clinton visited Ghana in 1998; he hosted President Rawlings in the East room at the White House and gave such a heart-warming speech that was reassuring and much more important for this discussion, revealing of the similarities of the two Presidents, their terms of democratic office and their commitment to the lives of their respective citizenry. He stated “I want you all to know I have spent an inordinate amount of time thinking about President Rawlings' political predicament. Listen to this: He was elected President by his fellow citizens in 1992. He was reelected in 1996. He loves his country, and he loves being President of his country. His Constitution prevents him from running again in 2000. Mr. President, I feel your pain.

It seems to me the only response for two slightly scarred but energetic warriors like us is to renew our commitment and dedication in these remaining 2 years of our service, to make them count every day for all our people, so that when our citizens choose new leadership for a new century, we can know that we have done our best to pave their way. “

Clinton revealed that they both were democratically elected into office in 1992 and got a renewed mandate in 1996. So they came into power same month, same year and left same month, same year. It is interesting to note that twenty years after they both ended their mandates, one has been lowered to the ground and the other still alive yet has given the world profound immortal artefacts that will serve as concrete memento of his existence and stewardship. He gave the world six solid books; four, after his tenure ended. My Life, which was released about three years after his Presidency gives account of his life from childhood and gives wonderful stories of the ordinary people he interacted with in his journey of life. Giving, which was released in 2017, exhorts others to give and gives an insight into the activities of the Clinton Foundation. It is also a guide to NGO activists. Back to Work: Why we need Smart Government for a Strong Economy shows Americans how they can build for the future and The President is Missing, a political-thriller novel co-written with James Patterson. I am not in any way saying Rawlings should be Clinton. No. Far from that. I am only reiterating the point that what man has done; man can do and should do. Clinton has given the next generation so much to glean from. He has added at least a modicum of immortality to his legacy. And his life is not as eventful as that of our former President.

Seventy-three years of an adventurous life. Rawlings sometimes found himself at the jaws of death yet always survived at the last minute. Many things have been written about him but very less about his early childhood days. Very little has been told about his pre-Achimota days, where he frequented, the things he used to do as a child, the inspirations he got from who or where, the ‘travails’ he faced because of his color and so many things that will help us connect the young Rawlings to the man he became, the ingredients that fed into the personality he has become. I read in a book that he attended O’Reilly Senior High School for a day or two but left because he did not like the school; I will love to read what he did not like about it. I will love to read from Rawlings himself the people he took as mentors or idolized when he was growing up. Beyond the heavy issues about him that has seen never-ending debates, It will be an interesting read as to what inspired him to join the Free Africa Movement, a military underground movement of a group of soldiers who wanted to unite Africa through a series of coups and how he had to cut short his Flying Instructor’s course in faraway Peshawar, Pakistan just to come aid in the overthrow of General Acheampong.

One sure thing I will have loved to glean from the life of Rawlings written by himself is how after attempting three coups (one unsuccessful and two successful), he was able to survive five coup attempts between 1983 and 1987 and a dozen more between January 1982 and June 1983. What did he do that the others who were ousted earlier did not do well? It is a feat worth-recounting because by the year 2008, Africa’s dream of becoming a modern continent turned nightmarish by experiencing 81 military coups. Perhaps many countries will have learnt how to ward of this ominous activity of overthrowing a government. Many believe coup can never be justified no matter what but after 1986, we have seen many of that in several countries. Notable, Uganda, Chad, Tajikistan, Cambodia, Republic of Congo, Fiji, Egypt, Thailand, Yemen, Zimbabwe, Mali and just few days ago Myanmar. An autobiography from President Rawlings could have served as textbook manual to these governments to stabilize their countries and steer them clear unto a democratic path as our late President Rawlings after stabilizing the country.

Anytime I walk into the big bookshops in Ghana like EPP, Vidya Bookstore or the University Bookshop at the University of Ghana, I see the many books written on Rawlings. It is of much interest to add that apart from Kwame Nkrumah, the subject that has attracted more writer-ship and scholarly works in Ghana is Jerry John Rawlings. A lot of personalities have shared their views on him and some of his actions. An autobiography from him could have settled some of the issues raised. We witnessed his spirited defense against some of the statements made in the recently published book by Kwamena Ahwoi, Working with Rawlings. It appears he had really been wounded by claims he described as lies and calumnies against him. Apart from that book, we have a lot that I see every day on the shelves. A few include The Wisecracks of Rawlings by John Westwood, The Trail of JJ Rawlings: Echoes of the 31st December Revolution by Kojo Yankah and the most interesting one is Politics in Ghana 1982-1992: Rawlings, Revolution and Populist Democracy by our erstwhile Speaker of Parliament, Mike Ocquaye. These books warrant a response from Rawlings because of the heavy issues raised therein.

When Malcom X’s Autobiography was been written, little did he know that that book will completely change how he was viewed and perceived before death. He was seen as anti-Christ when alive but now hailed as an American hero, a path started by his own words in the Autobiography of Malcolm X. A lot of single stories abound on Rawlings. We already know how dangerous a single story can be as taught to us by Chimamanda Ngozi Adichie. An autobiography from Rawlings will have given us a balance of stories. Nkrumah keeps standing tall because of his version of events he provided in his plenty books but the most outstanding one is Ghana: The Autobiography of Kwame Nkrumah where he outlined his background till where he reached in the struggle.

NB: The Writer is a Youth-Activist and the Executive Secretary of Success Book Club.