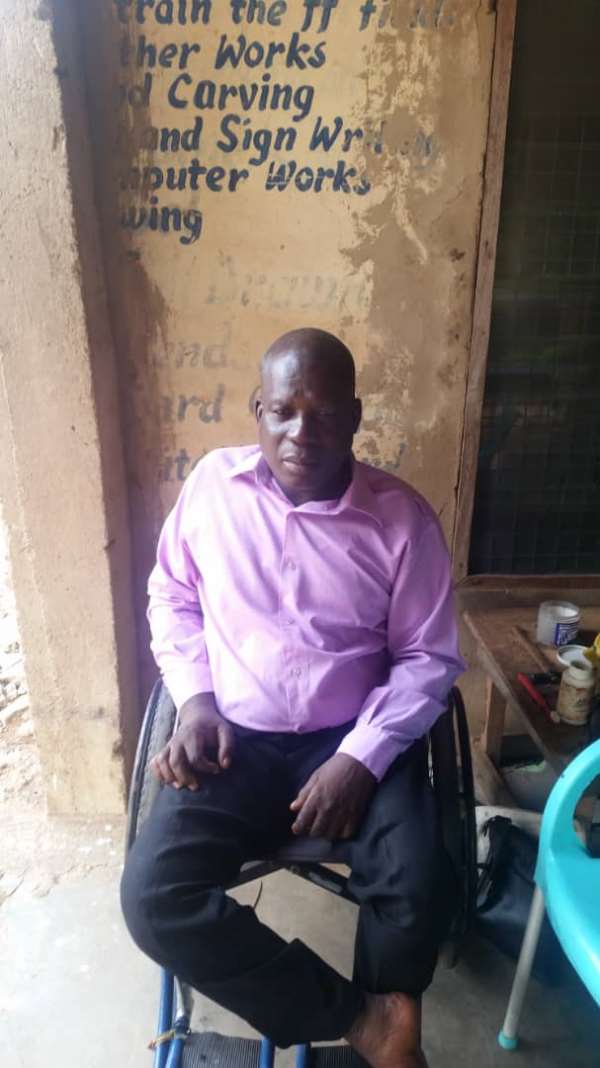 A disability group based at Teshie Tsui Bleoo in Accra is calling on President Nana Akufo Addo to audit the disbursement of the District Assemblies Common Fund, to ensure transparency and efficacy.

According to Mr. Odey Mensah, President of More Hope for Disabled, Persons with Disability (PWDs) in his organization and the Teshie Tsui Bleoo area, have not benefitted any much from the fund, thus raising issues over its disbursement and effectiveness.

“Our members and other PWDs in this area have been complaining of not really benefitting from the fund and this leaves us wondering if the monies are being properly disbursed to serve the purpose,” he said in an interview.

Mr. Mensah clarified that he is not making claims of corruption on the part of officers in charge of the fund but wants the government to look at how they (officers) have gone about its management in order to find means to make it more effective.

“When you have an organization of over seventy members and only a few have benefitted from a fund supposed to give support to all PWDs, you become worried and would like to know if all is well,” he explained.

He narrated that some of them received support from the fund some decade ago and have not been able to access it since then.

He said, in some cases, the monies received just ended up being spent on food instead of being substantial enough to set them up or beef up their business capital.

“We want the money that would build up our businesses or set us up. But, what some of our colleagues get, just ends up being used as ‘chop money’. When this happens, they go back to square one after spending the money.

We need something to empower us, something to transform our living conditions to make us independent and self-sufficient in our livelihood,” he stated.

Persons with Disability (PWDs) are entitled to three percent (3%) of the District Assemblies Common Fund as support from the government towards their livelihood.

The Fund is disbursed to beneficiaries in various districts but some PWDs claim it isn’t making the expected impact as monies given to them are not substantial enough to enable them to invest in profitable ventures.

Some of them have either not benefitted or got their share in a long time, eroding any impact it is supposed to make.

Mr. Odey Mensah is looking forward to an audit to bring more clarity and ensure the Fund meets its objectives.