Ligue 1: No change at the top as Lille, Lyon and PSG win 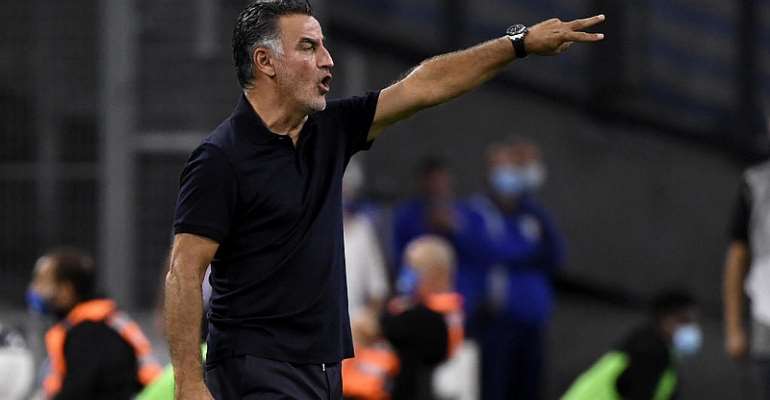 Lille swept past Bordeaux 3-0 on Wednesday night to maintain their lead of Ligue 1.

Yusuf Yazici opened the scoring nine minutes into the second-half at the Matmut Atlantique.

"It's our fifth win on the trot and it keeps us top of the league," said Lille boss Christophe Galtier.

"We knew it would be a tough match against a Bordeaux side on a good run. My players stuck to the game plan and we have to continue to work hard and be ambitious.

"There are a lot of matches and we have to be together - those who start the games and those who come on as substitutes."

Galtier's men have 51 points from their 23 games. They lie two points ahead of Lyon who struggled to gain supremacy at second- from-bottom Dijon

Lucas Paqueta scored mid-way through the first-half. But Rudi Garcia's team failed to find a second goal to allow them more comfort.

"We won but not everything was satisfactory," said Garcia.

"We're not going to hide from the fact that we didn't make the most of our chances. We had too many situations where our attackers did not make the match easier for us."

Champions lurking
Paris Saint-Germain are third on 49 points after bouncing back from their surprise 3-2 defeat at Lorient on Sunday to cruise past Nimes.

Despite the absence of the suspended Neymar, Mauricio Pochettino's expensively assembled side had too much quality for the visitors to the Parc des Princes.

Angel Di Maria, who had not scored since last November, put the hosts ahead in the 18th minute after intercepting a poor back pass from Lamine Fomba.

Pablo Sarabia doubled the tally nine minutes from the break as he headed home from Di Maria's free kick.

Kylian Mbappé wrapped it up in the 68th minute with a delightful curled shot after being set up by Leandro Paredes.