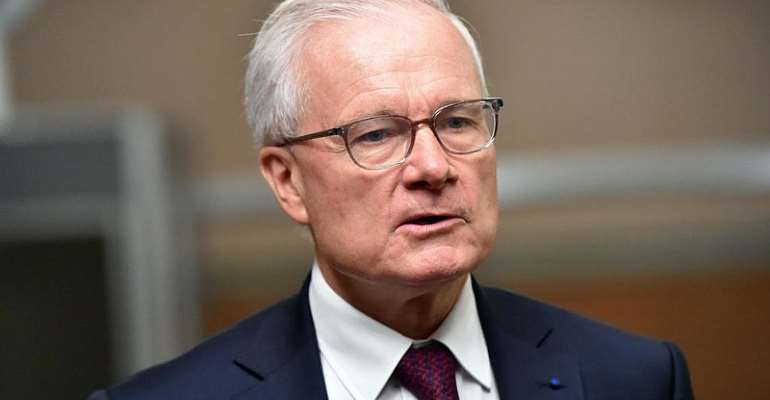 France's top spy chief warned this week that militant jihadist groups in the Sahel are pursuing expansion into the Golf of Guinea, with a focus on Cote d'Ivoire and Benin. In a rare public appearance, Bernard Emié, head of the General Directorate for External Security (DGSE) revealed intelligence purportedly showing a meeting between top al-Qaeda in the Islamic Maghreb commanders.

“The agenda of this meeting was the preparation of a series of large scale attacks against military bases,” said Emié during a speech on Monday alongside Defence Minister Florence Parly at the d'Orléans-Bricy airbase.

“This is where leaders of al-Qaeda in the Islamic Maghreb (AQIM) devised their expansion plans for the countries of the Gulf of Guinea,” he added.

Cote d'Ivoire suffered an attack in 2016 when three gunmen opened fire at a beach resort in Grand-Bassam killing 19 people.

Benin was the scene of an attack against a police station in February 2020, and the kidnapping of two French tourists and a local guide from Pendjari National Park in May 2019.

Emié's appearance in public, as well as presentation involving intelligence the spy agency had gathered, was somewhat rare.

He spoke of successes he said the French authorities had achieved in the Sahel, as well as in Iraq and Syria. In Mali, he referred to two main groups who pose a threat – AQIM and Islamic State in the Greater Sahara.

International threat
Sahelian countries serve as a base from which hardline groups, made up of foreign fighters, can use to plot attacks against Europe, according to the spy boss, describing several hundred combatants using motorbike and pickups.

Jihadists are already financing fighters and sending them southwards towards Cote d'Ivoire and Benin, the DGSE boss said.

Fighters have also been sent to the borders of Nigeria, Niger and Chad, where groups linked to the hardline Islamist sect Boko Haram operate, he added.

The situation with the Al-Shabaab group in Somalia and Islamic State group in Mozambique is also a worry for the French intelligence agency, according to Emié.

The meeting involved Iyad Al-Ghali, the leader of AQIM, who Emié said was France's number one enemy in the region. The get together held in February 2020 was captured in a video shot in central Mali by a source who shared it with the DGSE.

Trends
Spillover from fighting in Mali into neighbouring countries and beyond is nothing new, according to Lori-Anne Théroux-Bénoni, an expert at the Institute for Security Studies (ISS), a South Africa think-tank.

“In 2018-2019 you see a spillover of attacks all the way to the southern border of Burkina Faso, which is the northern border of Benin, Togo, Ghana and Cote d'Ivoire," Théroux-Bénoni told Africa Calling podcast, referring to trends observed since 2012 when jihadists seized on instability in Mali.

Spreading jihadist activity outside the Sahel region to coastal countries such as Cote d'Ivoire can be linked to interests in protecting financial flows, supply chains and recruitment opportunities, said Théroux-Bénoni, referring to a report entitled Violent extremism, organised crime and local conflicts in Liptako-Gourma.

The ISS researcher has investigated the trade in motorbikes used by hardline Islamist fighters, identifying how the vehicles are imported to Nigeria and reach Burkina Faso and Mali, via Benin and Togo.

It is the same for flows of fuel and fertilizer, used for explosives, arriving in West Africa's ports and transported towards the Sahel. “There's a need to secure specific routes,” said Théroux-Bénoni.

For funding jihad in the Sahel, hardline groups are involved in illicit gold mining in Burkina Faso and Mali, as well as cattle rustling, and use markets in coastal countries to sell on the proceeds to secure cash.

"These trends have been going on for a long time," added Théroux-Bénoni, referring to the reasons behind a concerted expansion since at least 2015-2016.

Media strategy
The briefing by intelligence chief Emié and the information he provided about AQIM's expansion plans is not a big revelation, according to Théroux-Bénoni, discussing the reasons for such a public appearance.

“What is new, is the fact that someone like him would share information of that nature so openly in the media,” she added.

“It appears that it's a way to prepare public opinion both nationally and probably among key stakeholders in the Sahel and West Africa for a review of security apparatus,” said Théroux-Bénoni.

France and countries of the G5 Sahel group - Burkina Faso, Chad, Mali, Mauritania, and Niger - are expected to revisit the strategies employed for combatting jihadists during a summit in Chad later in February.

Paris boosted the number of troops for Operation Barkhane last year as part of a change in strategy in the fight against Mali's Islamist insurgency, which in 2013 saw militants attempt to take the capital Bamako.