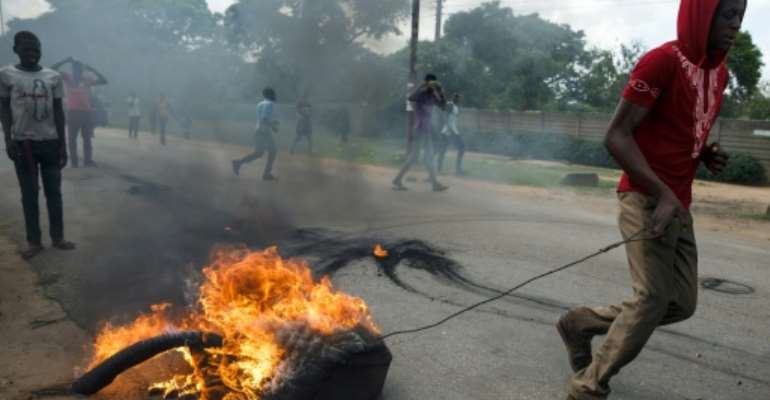 Britain on Monday slapped sanctions on four Zimbabwean officials following the deaths of at least 23 people protesting against the regime of President Emmerson Mnangagwa.

Applying a new sanctions regime following its exit from the European Union, Britain said the travel bans and asset freezes showed it was determined to protect human rights in its former African colony.

"These sanctions send a clear message that we will hold to account those responsible for the most egregious human rights violations, including the deaths of innocent Zimbabweans," Foreign Secretary Dominic Raab said in a statement.

"These sanctions target senior individuals in the government, and not ordinary Zimbabweans. We will continue to press for the necessary political and economic reforms that will benefit all Zimbabweans."

Ncube and Sanyatwe were already targeted for US sanctions in March last year.

The officials are accused of responsibility for the deaths of 17 Zimbabweans in January 2019, when the army attacked protesters marching against a hefty fuel price hike.

They were also allegedly complicit in soldiers opening fire on unarmed demonstrators who were protesting a delay in election results in August 2018, killing six.

That attack prompted international outrage against President Mnangagwa, who initially appeared willing to break from the brutality of longtime dictator Robert Mugabe, whom he ousted in November 2017.