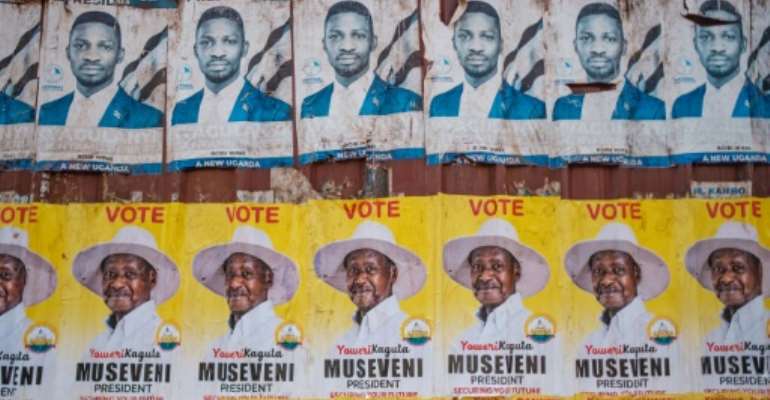 Lawyers for Ugandan opposition leader Bobi Wine filed a challenge in the Supreme Court on Monday against President Yoweri Museveni's victory in last month's election, claiming the poll was rigged.

"We want nullification of the election. We do not want (Museveni) participating in any future election," said Medard Sseggona, one of Wine's lawyers, at the Kampala courthouse where he filed the petition for the runner-up in the January 14 presidential election.

Museveni, a 76-year-old former rebel leader who has ruled since 1986, won a sixth term in office with 58.6 percent of the vote. Wine, a 38-year-old singer-turned-MP, came a distant second with 34.8 percent and slammed the vote as a sham.

Under the constitution Wine, whose real name is Robert Kyagulanyi, had 15 days from the declaration of results by the electoral commission to challenge the outcome.

The Supreme Court must now rule on the petition within 45 days.

Losing candidates have sought unsuccessfully in the past to overturn Museveni's wins in court. The veteran leader has won every election since 1996, almost all marred by allegations of irregularities.

Wine says he has extensive evidence of vote rigging, including ballot box stuffing, voter intimidation and the manipulation of results at individual polling stations.

Museveni declared the election the cleanest in Uganda's post-independence history.

The run-up to the vote was marred by the worst pre-election bloodshed in years, and a sustained crackdown by government critics and Museveni's rivals.

A/R: Over 500 houses earmarked for demolition in Afigya Kwab...
34 minutes ago