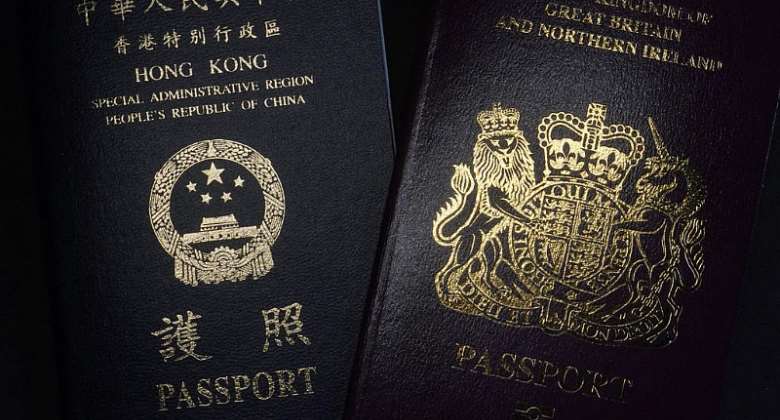 China has announced that it will not recognise the British National Overseas passport as a valid travel document, fuelling a row with London over plans to grant UK citizenship to millions of Hong Kong residents.

The announcement by Chinese Foreign Ministry spokesperson Zhao Lijian on Friday creates confusion around the plan, just hours after London said it would start taking applications for the so-called British National Overseas (BNO) visas on Sunday.

The plan is to offer as many as 5.4 million Hong Kong citizens the possibility of obtaining UK residency and citizenship. Successful applicants will have to live and work in the UK for five years before they can apply for a full UK passport.

Demand for the scheme soared after Beijing introduced the contested "National Security Law" in Hong Kong on 1 July 2020, following months of pro-democracy protests.

“The British side's attempt to turn a large number of Hong Kong people into second-class British citizens has completely changed the nature of the two sides' original understanding of BNO,” Zhao told reporters at a daily press conference in Beijing.

“China will no longer recognise the so-called BNO passport as a travel document and proof of identity starting from 31 January, and reserves the right to take further measures.”

The BNO passport was originally a disappointment for Hong Kongers when it was first offered ahead of the territory's handover to Chinese rule in 1997.

The passport was the brainchild of then Hong Kong governor, Chris Patten, and served as a consolation for those Hong Kong citizens who were frightened at the prospect of a Chinese takeover of their city following the brutal crackdown against pro-democracy protesters in Tiananmen Square in Beijing in 1989.

At the time, the BNO passports, which came under fire from Beijing as soon as the plan was first suggested, offered only the right to visit the UK for six months, with no permission to work or become a full citizen. Applicants had to have been born before the handover date.

Following the 1997 handover, pressure grew to expand the privileges, as China increasingly cracked down on civil and political life in Hong Kong. In their 1984 Joint Declaration, China and London agreed that Hong Kong would be able to maintain its own lifestyle for at least 50 years after the handover, or until 2047.

But China has since declared the accord null and void, and imposed the national security law on the territory after the city's legislature was unable to pass the legislation on its own.

As many Hong Kong citizens also have a passport issued by China, it remains to be seen how efficient Beijing's attempt to block BNO passport holders will be.

UK Prime Minister Boris Johnson has said "I am immensely proud that we have brought in this new route for Hong Kong BNOs to live, work and make their homes in our country.

“In doing so we have honoured our profound ties of history and friendship with the people of Hong Kong, and we have stood up for freedom and autonomy – values which both the UK and Hong Kong hold dear.”

Latest Photo Reports
Catch up with all the political quotes from our politicians.
Advertise here
More from China
ModernGhana Links
More fury from Beijing, as new US delegation visits Taiwan
China continues military drills around Taiwan
Competing via infrastructure: China and the G7
TOP STORIES