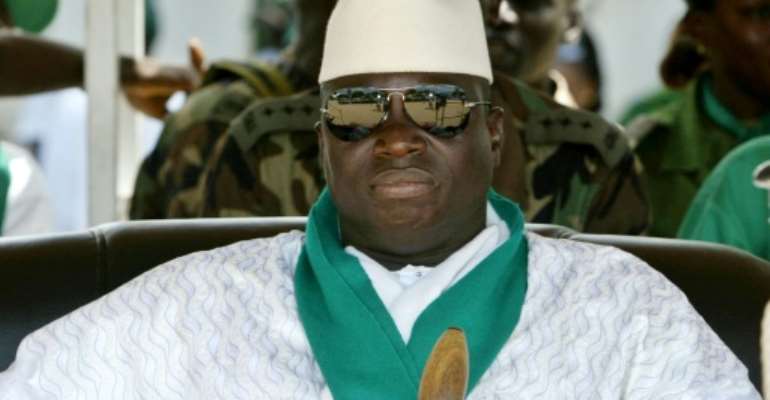 Jammeh ruled The Gambia for more than 22 years before fleeing to Equatorial Guinea after an election defeat. By Seyllou (AFP)

The Gambia's Supreme Court has ruled that an ally of ex-dictator Yahya Jammeh can be prosecuted, in a landmark case that could clear the way towards charges against the former autocrat himself.

Gambia's government established a Truth, Reconciliation and Reparations Commission (TRRC) to investigate these alleged abuses, which has heard several hundred witness testimonies since 2019.

That year, Yankuba Touray -- a member of the junta that ruled The Gambia for some two years after the 1994 coup -- refused to testify at the TRRC.

Public prosecutors then charged the Jammeh ally for his alleged role in the 1995 murder of former Gambian finance minister Ousman Koro Ceesay.

But Touray's lawyers argued that, as a former junta member, the constitution guaranteed him immunity from prosecution.

The Gambia's Supreme Court dismissed the argument in a unanimous verdict on Wednesday, according to a copy of the judgement seen by AFP.

The principle behind the decision clears a hurdle to prosecuting Jammeh himself, as the former dictator headed the 1994-1996 junta.

While Jammeh, 55, still has his supporters in the poor nation, there have also been calls for him to be returned to the country for prosecution.

She even wears knickers to wash in the compound — Takoradi w...
2 minutes ago