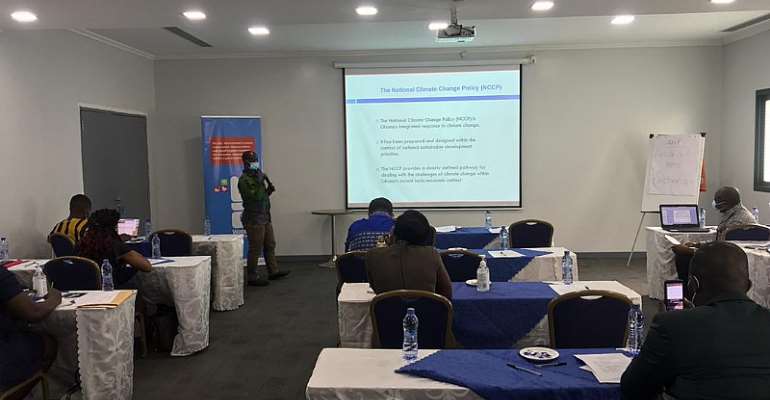 WaterAid Ghana on Wednesday, January 27, 2021, ended a two-day capacity building workshop for media personnel and other stakeholders at the Fiesta Royale Hotel in Accra.

The Civil Society Organisation (CSO) that has been in Ghana since 1985 continues to work with a focus on Water, Sanitation, and Hygiene (WASH).

Factoring in climate change that is entwined with the aforementioned, WaterAid Ghana has taken a keen interest and as such has commissioned research to promote its advocacy work to propel government to adopt key policies.

Preview to the technicalities and challenges associated with the dissemination of information regarding climate change, WaterAid Ghana on Tuesday and Wednesday has empowered some members of the fourth estate to make them better equipped to educate their audience on the matters relating to climate change.

Giving his remarks on day one of the workshop, Mr. Jesse Coffie Danku who is the Acting Country Manager for WaterAid Ghana shared that the media is important to the work they do and hence the need to build their capacity.

“WaterAid is trying to make systemic changes and that is why we are strengthening the sector. We see the media as our allies so we need to help them understand the climate issues,” he said.

According to Mr. Danku, if the media is able to report on climate change as well as Water Sanitation and Hygiene very well, it will go a long way to demand needed action from the government.

Leading the training of the media, Research fellow at the Center for climate change and sustainability studies at the University of Ghana, Legon, Dr. Bob Manteaw noted that getting an equivalent linguistic translation of climate change and its associated terms have been a major challenge.

The climate expert thus urged the media to always adopt simple terms known to their audience when communicating issues relating to climate change.

“I think a lot of progress has been made. If we go past the issue of cognitive dissonance which is predominant in a lot of places, we go past that and then we get people to understand that something is happening [Climate change] and it is urgent, it is dear to our lives, it is dear to our livelihoods, I think we should be able to make the needed progress to bring about either the requisite attitudinal changes or the actions that would facilitate adaptation and to build resilience in local communities," he noted. 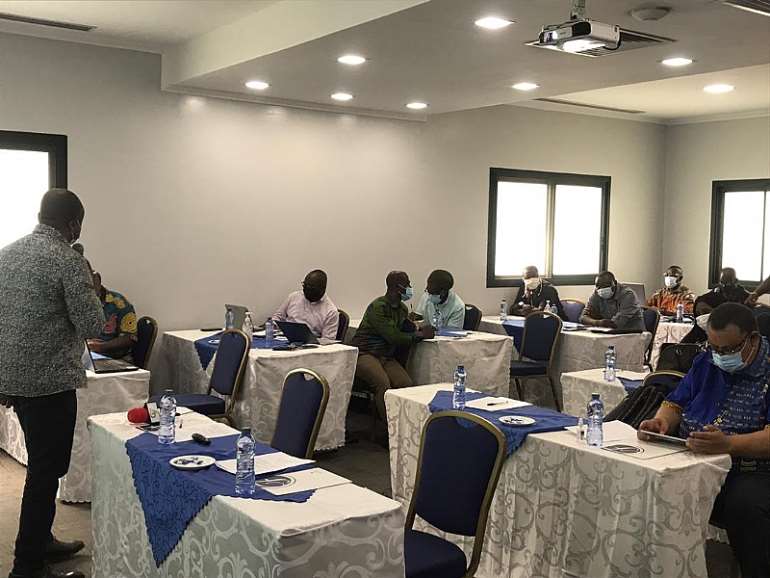 On the sidelines of the workshop on the final day, the Deputy Director of the Climate Change Department at the Environmental Protection Agency (EPA), Dr. Antwi-Boasiako Amoh who was part of the researchers that put together the climate change policy for WaterAid Ghana engaged the media.

According to him, existing policies such as the National Water Policy, the Climate Change Policy, the National Adaptation Strategy, and the Nationally Determined Contributions (NDCs) were all taken into consideration to come out with the latest policy document.

Identifying implementation to be one of the challenges against tackling Climate Change, Dr. Antwi-Boasiako Amoh has called on the government to make needed investments to ensure once policy documents are rolled out, they can be implemented to get needed results.

“There was a shortfall. The shortfall was the fact that implementation on the ground was lacking and therefore it gives us a message as a country that once we churn out some of these documents we need to make a conscious effort to actually get them implemented,” he said.

Researchers after engaging stakeholders at the workshop are now set to review and update the policy document. They are expected to complete and hand over to WaterAid Ghana in June before it is subsequently launched to influence government policies and strategies to combat climate change.

This week’s workshop is the second organized by WaterAid Ghana this month. Last week, a similar exercise was held at the same venue where some media personnel received training for effective reporting on Water, Sanitation, and Hygiene