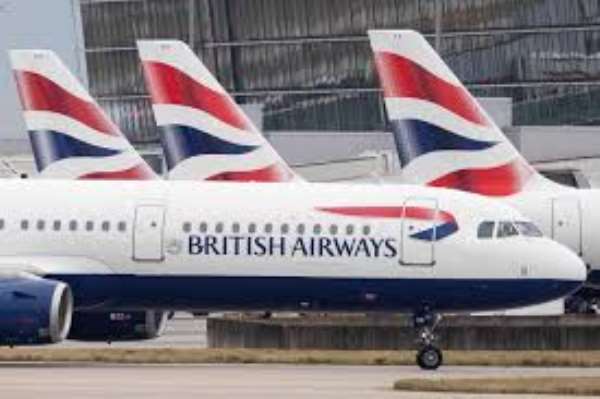 The Ministry of Aviation has expressed serious reservations following the decision by British Airways to move Accra-London flights from the Heathrow Airport to Gatwick.

The Ministry raised objection to the decision and cited a previous decision that was taken unilaterally without involving the authorities of Ghana.

The Ministry noted that it finds it unfair especially the fact that Ghanaian citizens will be affected by it.

“We wish to remind you about the unpleasant experience of similar unilateral decisions in the past by British Airways such as moving the Ghanaian passengers from terminal 5 to Terminal 3 at the Heathrow Airport without due consultation with the Ghanaian authorities.”

In the letter dated January 20, 2021, the Ghanaian authorities further added that “even the Boeing 747 aircraft that was used for several years to serve Ghanaian passengers was unsuitable and visibly old and several complaints about the aircraft was deliberately ignores.”

In what looks like a threat of retaliation, the ministry says it will no longer tolerate these one-sided decisions and will take reciprocal actions.

“The Ghanaian authorities will advise itself and take a reciprocal decision on behalf of our passengers in the coming days if our call for British Airways to rescind its decision on the movement to Gatwick Airport is not heeded,” government stressed.

What the latest decision by British Airways is that all London-Accra-London bound BA flights will land at the London Gatwick Airport from the end of March 2021.