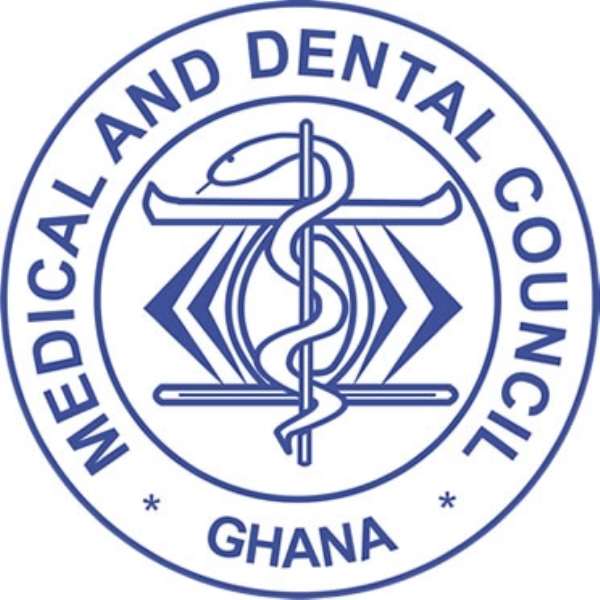 Two persons have been picked up by the police for attempting to renew the licence of a dead medical doctor to operate in Accra.

The two have been identified as Regina Okan, an accountant of Christian Medical Centre in Nungua and Solomon Nii Armah.

The two were grabbed after officials from the Medical and Dental Council discovered that the licence they sought to renew belonged to a doctor who died in March 2020.

A statement issued and signed by the Acting Registrar of the Medical and Dental Council, Dr. Divine Banyubala, said the two suspects grabbed are in the custody of the Regional Police Command assisting with further investigations.

He said on Thursday January 21, 2021, suspect Solomon Nii Armah visited the office of the council to renew the practicing licence of a deceased practitioner.

“He presented a pay-in slip from Ecobank in sum of Four Hundred and Forty Ghana Cedis (GH¢440.00), being payment of a renewal of retention of the practitioner on the permanent register for the year 2021,” Dr. Banyubala disclosed.

“An application form for the recertification for medical and dental practitioners for the year 2021 was also filled in the name of the deceased practitioner and attached to the pay-in slip,” he stated.

He revealed that after proper scrutiny of the documents by the registrar and the complainant and investigations unit of the council, it was established that the practitioner whose licence suspect Armah wanted to renew had died.

“Upon further interrogations, he admitted that he was aware that the practitioner had passed on and added that he was sent by the accountant of Christian Medical Centre at Nungua, to do the renewal on her behalf,” Dr. Banyubala added.

The Acting Registrar of the Medical and Dental Council said the council with the help of the Regional Police Command apprehended the two suspects to face the law.

He advised the public to eschew acts of this nature that are not in accordance with the law and subsequently have the potential of undermining the public health and safety.

“We encourage all to work to protect the sanctity of our health care system,” Dr. Banyubala concluded.