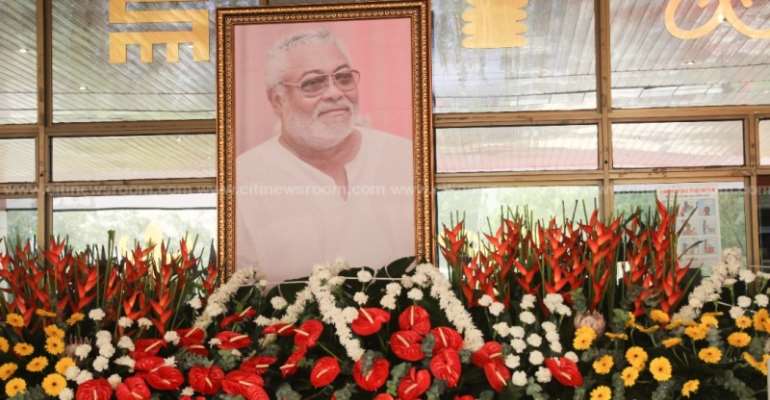 The pre-burial service which will take place at the Independence Square will see scores of Ghanaians paying their last respects to the late Rawlings.

President Akufo-Addo, the Vice President and other government officials will be present at the funeral.

Mamadou Tangara, The Gambia's Minister of Foreign Affairs; Dr. Ibn Chambas, the Special Representative of the Secretary-General and Head of the United Nations Office for West Africa and the Sahel as well as delegations from the ECOWAS Commission, Equatorial Guinea and Nigeria are also expected at the state funeral,

The national activities started on Sunday with a Catholic Requiem Mass at the Holy Spirit Cathedral and a vigil at the Air Force Officers Mess in Accra.

Mr. Rawlings was then laid in state on Monday, January 25th and Tuesday, January 26th, at the Accra International Conference Centre for various members of the government and security machinery as well as members of the public given an opportunity to pay their last respect.

Ghana’s longest-serving Head-of-State died in the early hours of Thursday, November 12, 2020, at the Korle Bu Teaching Hospital in Accra after a short illness.