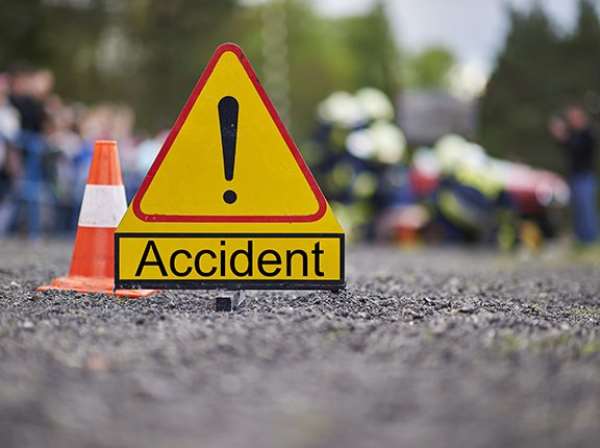 Four persons have been confirmed dead after their vehicle traveling from Kumasi to Bawku crashed into the Nasia bridge in the North East Region Tuesday morning.

Thirty others who were on the vehicle have also been hospitalized at the Walewale Government Hospital after they sustained injuries.

Reports say the vehicle crashed after the driver was suddenly crossed by a herd of cattle.

It took officers of the Ghana National Service to pull out injured persons from the mangled vehicle.

The accident caused heavy gridlock on the Bolga-Tamale Highway with officers struggling to clear the road for a free flow of traffic.

The police have commenced investigations into the accident.