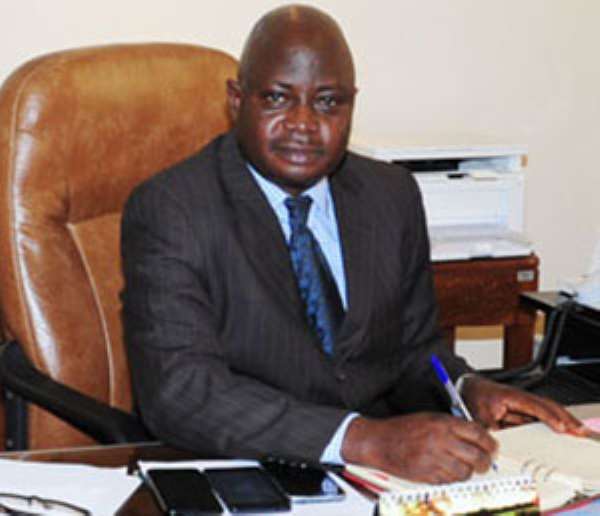 Upper East Regional Minister-designate and Ghana's former Ambassador to Morocco, Steven Yakubu has said the only way he can succeed in his new role is to get the various sectional and opinion leaders in the region to cooperate with him to lobby and attract more developmental projects into the region.

According to him, even though he has the experience to lead the region, he believes that working with a united front will put him in a better position to achieve more for the Upper East Region.

Ambassador Steven Yakubu was speaking in an interview in Bolgatanga ahead of his meeting with the Vetting Committee in Parliament.

“Development does not come on a silver platter; we need to work collectively. We must all desire to contribute positively in any small way possible towards the development of the region and our communities. Everyone has a role to play; we here and those in the diaspora, we can do something to attract local or international investment into this region,” he said.

In 2009, Steven Yakubu became the first New Patriotic Party Parliamentary Candidate to win the Binduri Constituency seat in Parliament after the National Democratic Congress had occupied the seat from 2005. He was appointed Ghana's Ambassador to Morocco during the first term of President Akufo-Addo.

Ambassador Steven Yakubu believes that the Upper East Region has so many human resources that can be mobilised for development if the people of the area will put aside all sectional, partisan and personal interests and rather think about the development and the interest of the whole region.

“There is no region in Ghana that will say it does not need one or two projects to grow. There is no magic to bring these projects, apart from uniting and working collectively on things that develop the region and shunning things that divide and retard the development of the region. We need to come together and redefine our purpose and what we want to achieve as a region,” Ambassador Yakubu stated.

He commended previous regional ministers for their contributions to the growth of the region and keeping the area peaceful and ready for investment.

Our leaders should swear with eggs that they’re against LGBT...
1 hour ago