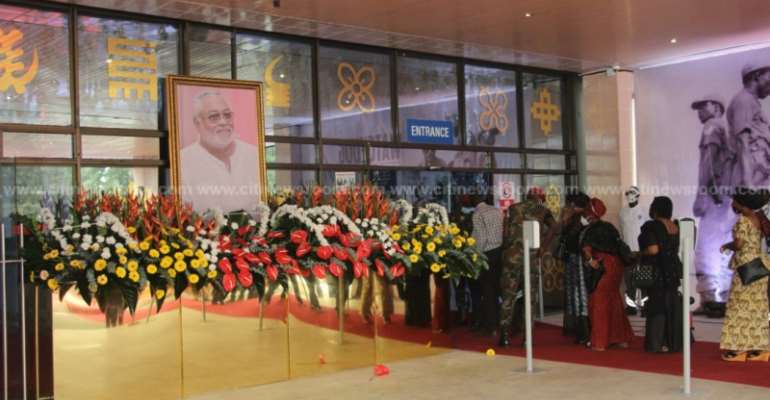 Today's file past will also see heads of constitutional bodies, the Speaker of Parliament and former Speakers pay their respects to the late first President of the Fourth Republic of Ghana.

The body of the first president of Ghana's 4th Republic has been lying-in-state at the Accra International Conference Centre.

Yesterday, members of the public, heads of security agencies, leaders of political parties along with traditional leaders among others were given the opportunity to pay their respects to Mr. Rawlings.

A day before, a requiem mass was held for the late former President at the Holy Spirit Cathedral in Accra.

Mr. Rawlings' funeral will be held at the Independence Square in Accra from 9:00 am to 11:00 am on Wednesday, January 27.

He died in the early hours of Thursday, November 12, 2020, at the Korle Bu Teaching Hospital in Accra.

Why was the nurse not wearing gloves? - Ama K. Abebrese quiz...
38 minutes ago