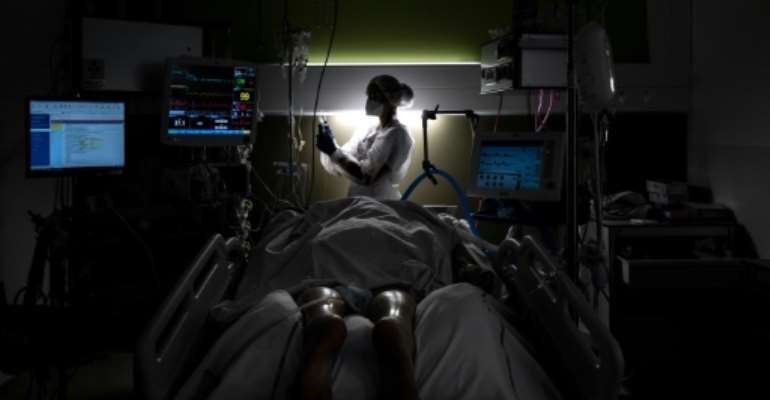 The Netherlands has been hit by a second night of riots, as coronavirus curfew frustrations boiled over, even as President Joe Biden said herd immunity could be achieved this year.

With global infections fast approaching 100 million, any chance such community-wide protection is heavily dependent on the roll-out of innoculations.

But wrangles over distribution have emerged in recent days, with the European Union criticising a delay in AstraZeneca's delivery of its shots, and Russia and China offering to step into the breach for less wealthy countries with their home-grown jabs. 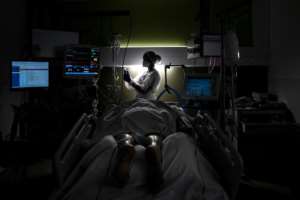 Netherlands Prime Minister Mark Rutte told reporters the weekend's street violence was "unacceptable. All normal people will regard this with horror."

On Monday night, protesters rampaged again in several cities following the introduction of a coronavirus curfew over the weekend.

Riot police clashed with groups of protesters in Amsterdam and elsewhere, including the port city of Rotterdam, where people smashed shop windows, and police deployed a water cannon. 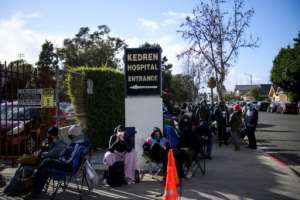 People without appointments wait in line for the potential chance to receive a Covid-19 vaccination that would have otherwise been discarded at the Kedren Community Health Center on January 25, 2021 in Los Angeles. By Patrick T. FALLON (AFP)

There was unrest too in Israel, where a bus was torched in one of many protests against virus restrictions in ultra-Orthodox districts, including Bnei Brak near Tel Aviv, and Mea Shearim in Jerusalem.

And in Australia, thousands defied coronavirus rules on Tuesday to protest the country's national day, held on the anniversary of British colonisation that its Indigenous population brands "Invasion Day".

Away from anger on the streets, a note of optimism came from US President Joe Biden, who said mass vaccinations would become available within months. 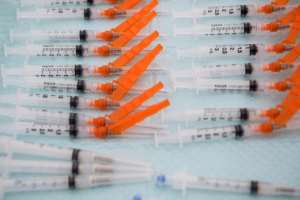 The United States vaccine drive is gathering pace, with President Joe Biden suggesting the country could be on the way to herd immunity by the summer. By Patrick T. FALLON (AFP)

"I feel confident that by summer we're going to be well on our way to heading toward herd immunity," the leader of the world's hardest-hit country said.

But further challenges could be on the way for the new president, after health authorities in Minnesota confirmed the first US case of a Brazilian variant.

Europe was dealing with a blow to its vaccination campaign, after British-Swedish drugs company AstraZeneca warned it would not be able to meet promised targets on EU shipments -- a week after US group Pfizer said it was also cutting delivery volumes.

European Health Commissioner Stella Kyriakides slammed the delay as unacceptable, vowing the body would "take any action required to protect its citizens and rights". 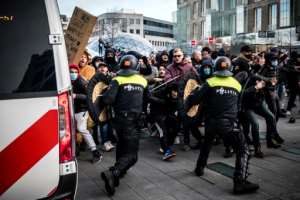 Protesters frustrated by coronavirus restrictions have clashed with police in the Netherlands. By ROB ENGELAAR (ANP/AFP)

Developers claim the jab is more than 90 percent effective, although the vaccine was registered before large-scale clinical trials and has yet to be approved by Mexico's health regulator.

And Ukraine -- which could use jabs provided by UN scheme Covax, as well as China's CoronaVac -- announced it would "soon" obtain a million doses to kick off a vaccination campaign.

The World Health Organization warned that the vaccine divide between rich and poor nations was worsening by the day, insisting the failure to distribute doses fairly could cost the global economy trillions of dollars.

"Rich countries are rolling out vaccines, while the world's least-developed countries watch and wait," lamented WHO director-general Tedros Adhanom Ghebreyesus.

The WHO said it needed $26 billion this year for its programme aimed at speeding up the development, procurement and equitable delivery of vaccines, treatments and tests to beat the coronavirus pandemic.

The United Nations sounded a reminder that the virus is also taking a huge toll on global jobs.