Lack Of Respect For The Court-Jirapa Municipality At It Again! 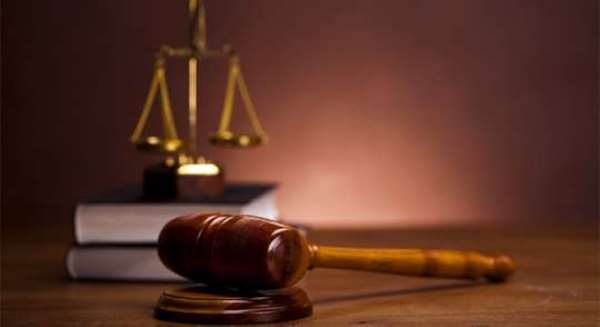 Some time ago we the good people of Jirapa Municipality have had the occasion to talk about the creeping culture of impunity that is engulfing the entire Jirapa Municipality especially when it comes to court orders and court outcome. Our publication was able to draw wide attention and publicity, thanks to the media in Ghana, the one and only medium giving voice to the voiceless in the Ghanaian society.

Much as we admit some successes are being chalked with the exposure of crime and misbehaviour on the part of public officers, a lot more needs to be done to eliminate the bad nuts in our society.

It is sad to relate yet disrespect for the court within the Jirapa Municipality, which reared its ugly head somewhere last year. And this time around, what makes it all the more dangerous is the fact that there is the ‘long unseen arm of the law enforcement agent’, who by law is supposed to control and protect the vulnerable in society, is rather seen manipulating the process to the detriment of the law itself.

As a friend of the court, my heart is really bleeding and I am calling on the authorities that be, to as a matter of urgency, step in to rectify this anomaly, which if care is not taken, will become an everyday commonplace activity within the Jirapa Municipality.

This latest case appeared before the Jirapa district court in the Upper West Region with case number: R/O N0.55/2020, involving: ‘The Republic versus Yelkaanaa Gbare-Naa’. The statement of offence states that it was causing harm contrary to section 69 of the criminal offences Act 1960, (ACT 29).

The particulars of the offence states that Yelkaanaa Gbare-Naa who is a farmer and 59 years old on the 25th of June 2020 at a place called Jeffiri within the Jirapa court jurisdiction did cause harm to one Avielezie Gbare-Naa. The facts of the case have it that Avielezie Gbare-Naa is a farmer and a native of Jeffiri whilst the accused person, Yelkaanaa Gbare, an older brother to the complainant is also a peasant farmer who lives in the same house with the complainant. The facts of the case continued that the complainant pleaded with the accused to release his broken down motorbike to him to repair it so that he could use it for his errands. The accused agreed since he the accused has a new motorbike.

On the 25th of June 2020, the complainant was in his room and his wife at about 1:45 am sleeping with light on and the door opened because the weather was hot. The accused sneaked in with the handle of a hoe and hit the complainant on the right rib. The accused wanted to hit the same place again but the complainant blocked the blow with his right hand resulting in a fracture of the bone of his lower right hand.

The complainant’s wife screamed drawing the attention of many people who came around but the accused managed to flee the scene after the act. The complainant was helped and sent to the Saint Joseph Hospital in Jirapa for medical attention and later lodged a complaint with the police at the Jirapa police station.

After investigation, the accused was charged with the offence and arraigned before the court. In giving its judgment the court took the plea of the accused person into consideration and he was found guilty in what the court described as “Guilty Simpliciter”.

But something strange and unacceptable really took place. Instead of the accused who was convicted by the Jirapa circuit court, Yelkaa-Naa Gbare Naa was to be sent to the Wa Central Prison to begin his sentence, for some inexplicable reasons and through some machinations and manipulations, he was rather sent to the Jirapa Police station and the conclusion was that the accused has escaped to an unknown destination thereby flouting the court order.

This took place in September 2020. Checks from the Wa Central Prison showed the accused Yelkaa-Naa Gbare Naa was not brought there to serve his sentence. As if that was not enough, the son of the escaped prisoner Yelkaa-naa Gbare Naa shot at the complainant after judgment was given by the Jirapa court gave judgment in his favour but missed him.

It has now come out that the Crime officer for Jirapa, Assistant Commissioner of Police (ACP) Richard Dapilah is the brain behind all these happenings according to sources close to the police in Jirapa. ACP Richard Dapilah has made clear to all and sundry within the Jirapa municipality to know that he is the kingpin of the police in the Jirapa Municipality and beyond and that so far as he is concerned nobody repeats nobody to do anything without him regardless of the law. He is on record to have told some ‘inner circle” police colleagues that he enjoys the protection of the Interior Minister, Mr. Ambrose Dery and therefore he is ‘untouchable’!

In fact, he has categorically made it clear to all that as a district crime officer his jurisdiction extends beyond the Jirapa Municipality and it involves the Nadowli/Kaleo district, the Lawra Municipality, Sisala West district and Sisala East Municipality.

ACP Richard Dapilah hails from Sabuli within the Jirapa Municipality in the Upper West Region and he has been using his position as a police officer to terrorize locals within the area. He is alleged to be a ‘close confidant’ of the Fulani community and he comes in handy to give them all the necessary protection even if the situation is so obvious that they needed to be dealt with. This singular act on the part of ACP Richard Dapilah has created serious disaffection for the entire police force within the Jirapa Municipality.

ACP Richard Dapilah would have none of it as he is against the original owner saying that the ‘potential thief’ could not have been the one who might have stolen the rest of the 100 lost sheep and he has gone ahead to secure the services of a lawyer who doubles as his brother to defend this person alleged to have stolen the 103 sheep with three sheep found with him. The question on the lips of many within the Jirapa Municipality is: Is that how the police is supposed to go about its work?

Recently ACP Richard Dapilah ‘went wild’ at Sabuli (his hometown) and was engaged in an open fight with the chiefs and people of the area. He approached the chiefs and elders of the area to give him a piece of land, which according to him, to build a police station within the Sabuli township. One wonders whether it is the duty of a single police man to build a whole police station or he is doing so with the collaboration of the police administration and the Municipal Assembly of Jirapa.

ACP Richard Dapilah then went onto a land where someone had planted a cashew tree at Sabuli with the intention to establish ownership. There was a confrontation between him and the owner of the land with the cashew tree and this drew the attention of the elders of the area and this nearly ended up in a brawl with open insults from both sides; that is while ACP Richard Dapilah was insulting the elders they were also raining insults on him in hot exchanges in the full glare of the Sabuli public. As for the brandishing of weapons in the open is a common place thing.

Naturally, the police act upon tip-off if crime prevention is to be successful and the same police are supposed to be friends with members of the public, but ACP Richard Dapilah is yet to know this trick to assist him in his policing work. Given his rank within the Ghana Police Service, one wonders whether he is out for the good of the people of Jirapa Municipality or out against their security and well-being.

This is, therefore, a very special appeal to all:

Secondly we the people of Jirapa Municipality believe that since ACP Richard Dapilah is a native of the area, he is really misbehaving as a native, and we urge the police administration to do something about him especially his interference with the court system which has even led to the escape of a convicted prisoner. This too should be thoroughly investigated.

One last appeal to the police administration is that knowing the terrain of the Upper West Region very well, the “inclusion” of some areas such as Nadowli/Kaleo, Lambusie, Sisala East Municipality and Sisala West district as areas of operations for ACP Richard Dapilah, it is so wide an area that he alone cannot effectively run as a police officer in charge of crime detection and prevention.

We will end on a note of a proverb in Dagare, and it says that:

“If water stays in the mouth for long, it becomes saliva”.

That is the kind of situation the people of Jirapa Municipality, the court and the entire people of the Upper West Region find themselves in at the mercy of ACP Richard Dapilah who is supposed to be a ‘savior’ but rather more or less a local ‘terrorist’ bringing untold hardships to the people he out to assist using the police uniform.

Everything in this life has a limit to which it can be stretched!!!

Modern Ghana Quote Reports
Catch up with all the political quotes from our politicians.
Sponsored
More Opinion
Modern Ghana Links
Propaganda Endorsement not the same as Acceptance
Do We Really Understand What We Pledge For THis Nation Ghana
ROB quizzes…Is Ghana’s Independence celebration still worth the razzle-dazzle?
Thoughts on Leading Change
The 2020 Presidential Election Petition and the exercise of discretionary powers
Swearing-in of Gov't officials with eggs, best way to fight corruption in Ghana - Olumanba
Inclusive Finance in Ghana – A  snapshot on Gender
Nigeria: The plight of unrelenting insecurity
Election 2024: Let Bawumia lead NPP, Mahama or any candidate can't face him—Olumanba
Quote Reports Dossiers
TOP STORIES