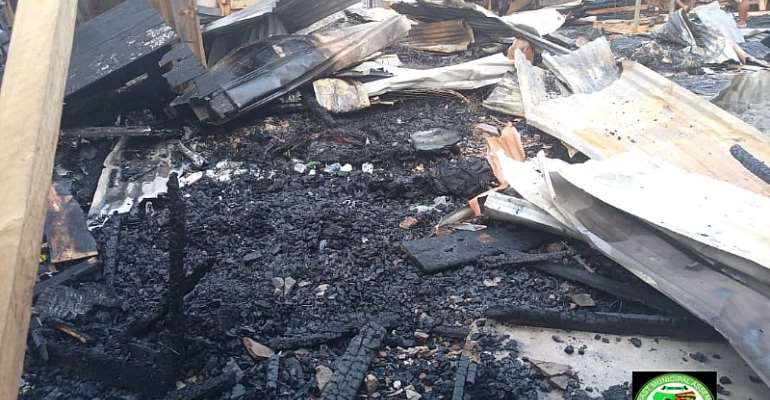 The alleged intentional burning of markets in the cities for political reasons is causing untold hardships to the victims. It is as well criminal to carry out such an activity regardless of any genuine reason one may have.

For political power, the NDC have decided to make the nation insecure and ungovernable for Ghanaians and the ruling NPP government. This assertion just made about the NDC could be ascertained by the captured diabolical audio statements made by Samuel Ofosu Ampofo, the NDC National Chairman.

In spelling out his strategies for the NDC to return to power, he admonished his listeners to resort to kidnappings, arson, insults, etc. By these, Ghanaians are likely to turn against the President and his government for not only being weak and incompetent but incapable of protecting the lives and properties of Ghanaians hence must be voted out of power.

True to their intents and purposes, some people were being kidnapped and murdered with many markets suffering conflagration.

In Accra alone, Makola, Kantamanto and La Paz markets have recently burnt. Tongues are wagging, people are alleging that the NDC have their signature to it.

Why would they think by causing deliberate pain and suffering to Ghanaians the people will vote for them? Surprisingly however, a good number of Ghanaians for various reasons did vote for NDC.

Now that I am writing, a certain poor and needy person who was given One thousand Cedis (Ghc1,700) to start a trade in second hand clothing at La Paz has had her goods burnt into ashes when the market got burnt. She is now home. How can she feed herself let alone, pay her rent?

Do the NDC expect this person to vote for them if it does come out they set fire to the market? Anyway, as unbelievable as Ghanaians can be, l can't say with certainty that this poor woman will not fall for the tricks by the NDC.

The burning of the markets have far reaching consequences on the Ghanaian economy than meets the eye.

Now, all the victims are home waiting for the government to come to their aid. The government has to borrow to assist them. Look at the cost of borrowing and its implications to the country.

Failing to assist the victims, some may by necessity resort to other criminal means to make a living while others will fall deeper into the traps set by NDC, join hands with them, to bash the government all the time.

To rebuild the markets will come at a greater cost to the nation.

Why are the NDC that evil? For political power come with means to easily and dubiously acquire personal wealth, the NDC will go any length to achieve their objective. Shame though!

May the cries and tears of the victims of the market arsons count against the NDC and their supporters if indeed, they have a hand in that evil activity.