Another daughter of Rawlings pops up, ready for paternity test 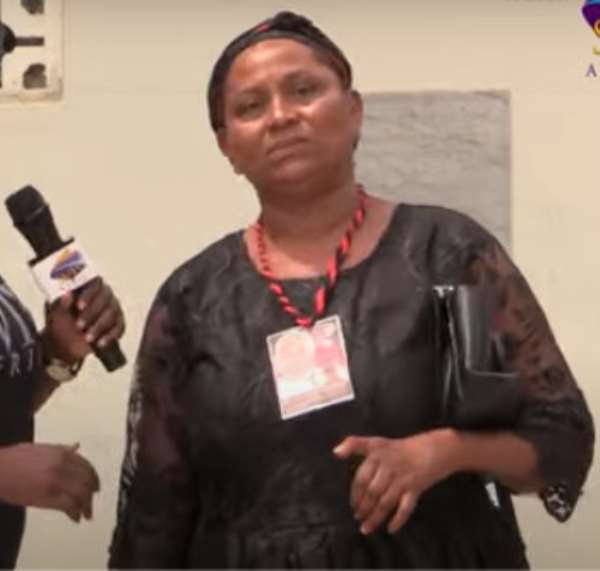 A 52-year-old woman, Abigail Rawlings Mawutor is claiming to be the first daughter of the late former President Jerry John Rawlings.

Abigail who shares some striking resemblance with the former President disclosed in an exclusive interview with SVTV Africa monitored by this portal that she is the daughter of Ghana’s former President who sadly died in November last year.

According to her, after revealing who she was to popular TV personality, Grace Omaboe aka Maame Donoko, the latter gave her money to leave the country in 2003 for fear of being assassinated.

“Maame Dokono knows about this. In 2003, I paid her a visit and told her about my story, but she told me if I don’t keep quiet about it I may die. So she gave me money and I left the country,” Abigail told host, Ayisha.

Speaking on how her mom met the late former President, she indicated that they met during his military training days.

She indicated that when her mother confronted Rawlings of her pregnancy, he [Rawlings] asked her mother to keep it to herself for fear of being dropped out of school by his guardians.

“Most of the external family in the village know me. When my mom told me about my father, I went to the family house,” she said.

Abigail added that she is ready for a paternity test to confirm her claim.