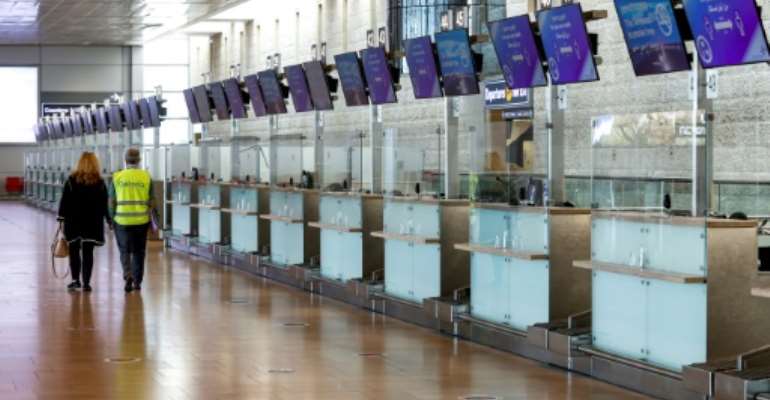 Airports are empty as borders are being clamped shut with countries racing to get a grip on mushrooming coronavirus infections. By JACK GUEZ (AFP)

Border restrictions were being tightened around the world Monday in the face of an unrelenting coronavirus threat, after a weekend in which anger at social distancing rules bubbled over into fiery clashes in the Netherlands.

The United States was set to join France, Israel and Sweden in pulling up the drawbridge to certain arrivals, with special concern about new strains of the pathogen that originated in Britain and South Africa.

"When I arrive in a country, the idea is not to contaminate it," Antoine, an 18-year old Belgian, told AFP at Paris's main international airport after new rules on tests for EU arrivals came into force.

"It's up to us to show that we are civic-minded," said Spaniard Claudio Barraza. 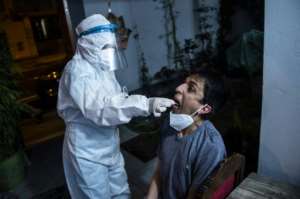 Doctors say testing is vital if they are to understand the true extent of infections. By ERNESTO BENAVIDES (AFP)

In Washington, President Joe Biden will on Monday reimpose a ban on most non-US citizens who have been in Britain, Brazil, Ireland and much on Europe, as well as adding South Africa to the list, a senior White House official said.

Since it emerged in late 2019, Covid-19 has killed more than 2.1 million people, with almost 99 million cases registered, according to an AFP tally from official figures. 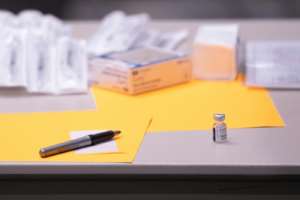 Vaccinations are the only way out of the pandemic, doctors say, but their roll-out has stuttered in many countries. By Grant HINDSLEY (AFP)

On Sunday, France started demanding a negative PCR test for arrivals by sea and air from European Union neighbours.

Sweden said it would prohibit entry from neighbouring Norway for three weeks, after cases of the more infectious British strain were detected in Oslo.

And in Israel, Prime Minister Benjamin Netanyahu said the country was "closing the skies hermetically, except for rare exceptions" to both arrivals and departures for a week.

- Fury in the Netherlands -

Protests against a coronavirus curfew in the Netherlands degenerated into clashes with police and looting in cities across the country Sunday, a day after a Covid-19 testing centre was set on fire in the northern village of Urk. 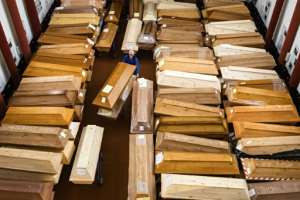 More than 2.1 million people have died since the pandemic was declared, with 99 million people logged as having been infected. By JENS SCHLUETER (AFP)

Police used water cannon and dogs in Amsterdam, public television NOS reported, after hundreds gathered to protest the 9 pm-4:30 am curfew, set to last until February 10.

At least 30 people were arrested in Eindhoven, where mayor John Jorritsma told reporters that if the country continued "down this path, then I think we are heading for civil war".

In New Zealand, officials confirmed the first case of Covid-19 in the community for more than two months, in a 56-year-old woman who recently returned from Europe.

Scientists say the only way out of the pandemic is large scale vaccinations, but the roll-out has stuttered in may places. 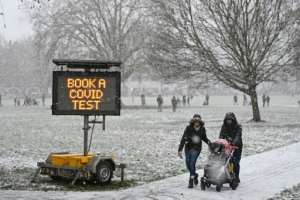 Britain is imploring people to get tested. By DANIEL LEAL-OLIVAS (AFP)

Egypt began its programme, with a doctor and a nurse getting the Chinese-made Sinopharm jab.

Health Minister Hala Zayed said Cairo had inked deals for vaccine shipments from British, Chinese and Russian firms, for a total of around 100 million doses -- enough for about half Egypt's population.

In India, around one-third of people are not turning up for vaccine appointments, with fear of side effects high after reports of a few cases of severe reactions spread widely through the media and messaging services.

On the long-term economic impacts of the pandemic, anti-poverty group Oxfam said Monday the emergency was aggravating inequality.

"The 1,000 richest people on the planet recouped their Covid-19 losses within just nine months, but it could take more than a decade for the world's poorest to recover," the group said.