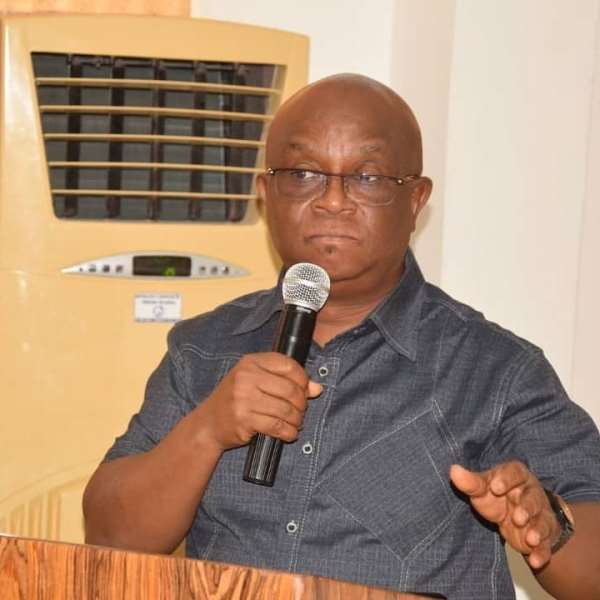 There appears to be uneasy calm among members of the governing New Patriotic Party (NPP) in the Volta Region following the re-appointment of Dr Archibald Yao Letsa as regional minister.

Party members appear to be divided over the appointment which was announced about a week ago. Even before the appointment could be announced a pro-NPP group, Volta NPP Grassroots for Justice registered their displeasure over the retention of Dr Letsa.

Although the press release which was signed by one Mawuli Amenuveve; the Convenor did not give details; it stressed that they have had enough of Dr Letsa.

To this end should the President go-ahead to appoint Dr Letsa, they will undertake a series of protests and demonstrations to register their displeasure.

They, therefore, notified the police of their “resolve to embark on a series of procession and demonstration” to register their disappointment of Dr Archibald Letsa's retention from Monday 25th January 2021.

The route for the peaceful protest will begin from the Metro Mass yard (Sokode Lokoe) through Police Regional Headquarters to Civic Centre and to the Regional Party Office to present the petition to the President through the Regional Secretary.

However, another pro-NPP group, that is in favour of the re-appointment of Dr Archibald Letsa; Concerned NPP Group in the Volta Region hold a different view.

For them, “the nomination (of Dr Letsa) is the best choice for the position,” and hence urged the President to be resolute in his decision to retain Dr Letsa as the regional minister.

A statement signed by their convenor, Foster Kofi Hans Badzana described the leadership of Dr Archibald Letsa as one that is accommodative, tactful and peaceful. Character traits that have endeared him to many residents, particularly members of the opposition National Democratic Congress (NDC), they observed.

They also believe that such traits are necessary for the Volta Region, where the NPP is in the minority and working hard to win many more people from the opposition into the NPP.

To this end, they have described the agitations and protests against the nomination of Dr Archibald Letsa as an ill-intended orchestration of some selfish members of the party who are putting their selfish interest ahead of the interest of the party and the Volta Region as a whole.

They have therefore urged all members of the party to treat the agitations with all the contempt they deserve. Instead, they should thank the President for taking such a good decision and unite to support the President and the Regional Minister-designate to deliver on their mandate.