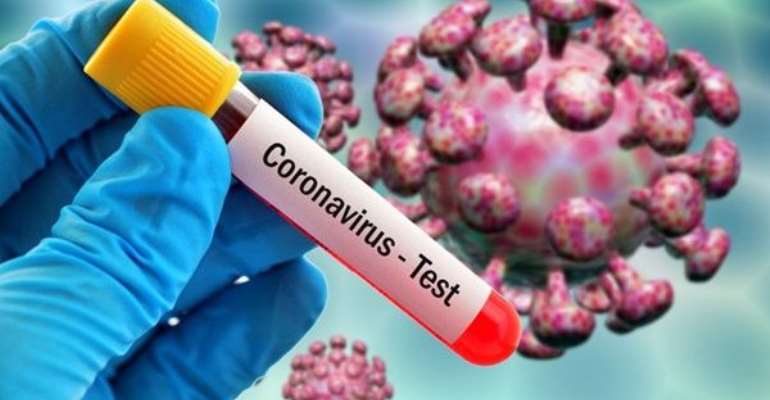 No wonder that there has always been a doubt in the minds of people, especially our contemporary whites, hence querying if black people are capable of managing their own affairs. Current evidence turning up in the public domain vividly indicates that we cannot trust our own Ghanaian designated healthcare centres, thus, hospitals and clinics, to honestly conduct simple Fit-to-Fly Covid-19 Test for intending Ghanaian travellers.

It is very shameful that the Ghanaians' cancerous infatuation with corruption has permeated into the mandatory requirement for any traveller going abroad through the nation's only international airport to obtain Covid-19 Fit-to-Fly Certificate. Some of the staff at such designated hospitals and private clinics selected to do the test at an exorbitant fee charged to the traveller, are indulging themselves in malpractices to compromise the effectiveness and genuineness of the Covid-19 tests that they conduct. Subsequently, the certificates issued are not reflective of the actual test results.

Not long ago, a Ghanaian based in the United Kingdom reported on the WhatsApp social media with explanatory audio-recording backed by documental evidence that he had become a victim to the ruinous inherent Ghanaian corruption at the hands on the Noguchi Memorial Institute for Medical Research. He is one Kofi Frimpong, probably living in London.

When he called in at Noguchi to do the test on Sunday, 10 January 2021, he returned in the afternoon of Tuesday, 12 January 2021, for his Covid-19 Fit-to-Fly results and certificate. He was issued a certificate stating on it that he had tested POSITIVE to Covid-19 hence a carrier of the deadly virus. When you test positive to the disease, you are automatically unfit to fly onboard any airline to the nations demanding a proof of the status of the traveller in regards to the Covid-19 infection.

He drove back home very dejected. He could not travel back to London on his scheduled inbound flight aboard the British Airways that had demanded the production of the Fit-to-Fly certificate. However, barely had he reached home, when he had a call from some staff of Noguchi proposing that Noguchi could re-issue him another certificate stating that he has tested NEGATIVE to the virus but at a price of Five Hundred Ghana Cedis (Ghc500.00). He had already paid the official test fee of Three Hundred and Fifty Cedis (Ghc350.00) to Noguchi.

He went for the collusively re-issued certificate and was able to travel on it back to London on the night of Tuesday, 12 January 2021.

In order to ascertain his actual status in regards to Covid-19 infection, he went for a second test in London on Wednesday, 13 January 2021. The result came out Negative.

To expose the rot going on at Noguchi, he posted the evidence on the social media, to be precise WhatsApp, for the whole world to see how corrupt Ghanaian clinics entrusted with detecting through testing for Covid-19 infections are.

The second evidence that has come to my knowledge following a conversation held with someone who has returned to Paris (France) from her holiday to Ghana confirms how the designated centres are not fit for purpose. She returned barely four or five days ago.

She went to have a Fly-to-Fit Covid-19 test as per the usual current travel requirement. She was introduced by a family member to one of his friends working at a private clinic in Accra designated for Covid-19 testing with capability to issue attestations to the test. After taking the test, the said person at the hospital phoned her very early in the morning saying he was very worried because her test has come out POSITIVE. He said he had to prevail upon those staff at the clinic to check the results again because the person affected is his aunt. They checked it a second time and it turned out POSITIVE. He insisted they checked it a third time and as said, "Third time lucky", it turned out NEGATIVE.

When he narrated this cock and bull story to her, she immediately told him on the phone that his narrative could not be true and that he was lying. According to her, when she had finished taking the test, the guy came to see her off. When he saw her jump into a flashy Toyota Land Cruiser, he asked if it was hers. Although it belongs to the family friend who had driven her to the clinic, she did not answer his question. Again, he said, "You must have lived longer abroad". He came to this conclusion because he had helped her fill the Covid-19 test form prior to being directed to those who actually did the test.

When she arrived in Paris, she called in at a local pharmacy authorised to do Covid-19 tests to have a second test. The result came out NEGATIVE.

Why are the Ghanaian hospitals and clinics entrusted with doing credible test to detect those infected with the deadly Covid-19 virus doing such a shoddy job influenced by their love of corruption to get rich quicker? Without mincing words, they must be stupid, unprofessional and disgraceful to do that irrespective of their probably high esteem in Ghana. In both circumstances, the victims had not actually tested positive but in attempts to dupe them, they would make them believe they had tested positive.

In the case of Kofi Frimpong, he had to pay a bribe of Ghc500.00 to have it changed from the alleged positive test to negative without actually going through a second swab PCR test. If he was actually a carrier of the virus as previously alleged, could he not have infected some people at the Kotoka airport, on the BA flight, at Heathrow airport in London, the taxi that took him home from the airport and his family in London? When you test positive, you are required to go into self-quarantine.

Similarly, the lady could have infected others if she was actually positive. Nonetheless, in her case, the story is so funny. It is only medical experts that can give me an answer to the question I am about to ask.

Can the same one/single swab taken be so inconclusive to test positive for the first time, then positive for second and finally test negative at the third examination as narrated by the guy at an Accra clinic as said above? Should there not have been the need for the person being tested to have called in again for a fresh swab test to confirm her negative test rather than using the same first test to come to the final negative test conclusion? I smell a rat here!

If there are circumstances where the same single swab has to go through several examinations to come to a conclusive test result, why not do it before establishing the final test result to be passed on to the traveller but first to play con tricks on them?

Should this roguish, corrupt and unprofessional attitudes at our Covid-19 testing centres in Ghana continue, there will be no any other option but to officially escalate it to the attention of the foreign airlines and governments requiring a negative Covid-19 test certificate on arrival, to blacklist such certificates issued in Ghana. If it does happen, they will be obliged to have their own Covid-19 test centres in Ghana, probably manned by white people that they can trust to issue certificates reflecting the true Covid-19 health status of travellers.

The Covid-19 disease is deadly so no Ghanaian doctor or health worker should play the fool about it as some are contrary asserted to be doing. Why have Ghanaians allowed the quest for quick buck (easy cash) to cloud their mind to always do wrong things, whether in politics, churches or work places?

As we are all in the fight against Covid-19 together to protect one another, I shall not hesitate to take steps to officially escalate this matter to the appropriate authorities should I have a third report. Why should we allow rogues in Ghana to fleece travellers in that manner?

When the contract for testing travellers on arrival at Kotoka airport was assigned to a Nigerian company, some Ghanaians were moaning about why it was not given to a Ghanaian? Are Ghanaians credible to do any decent job judging from the incidents hereby reported? Although some Nigerians are worse than Ghanaians when it comes to corruption if they will do a good job in certain areas to the collective benefit of the country and the citizens, why not award such contracts to them?

In sum, the black man, especially Ghanaian, is not capable of managing his or her own affairs. This has been made possible by our corrupt attitudes and short-sightedness.