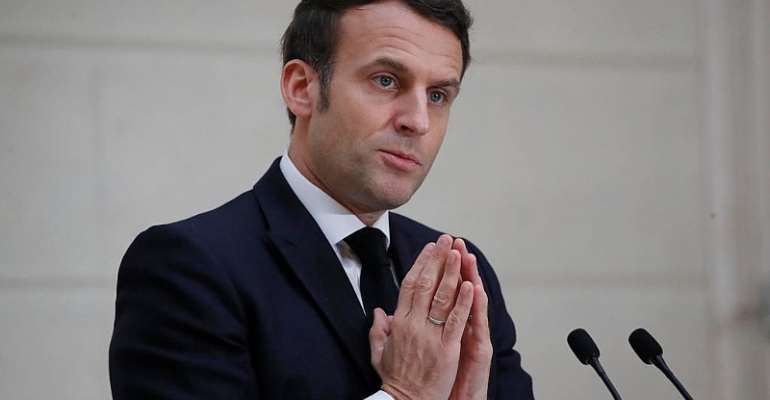 President Emmanuel Macron has said France will tighten its laws to better protect children against sexual abusers. The statements follow a flurry of legal steps aimed at improving the protection of children after a high-profile incest scandal that sparked nationwide outrage.

In a series of tweets on Saturday, Macron said that France needed to adapt its laws to better protect children from sexual violence. He said he had asked the justice minister to launch consultations that would result in legislative proposals.

“We will go after offenders,” Macron said.
The president's tweets follow the adoption of a law on 21 January proposed by senator Annick Billon of the centre-right UDI party, which meets out punishments of up to 30 years in prison for child sex abuse.

A date for a final reading and ratification of the law is yet to be set.

In 2018, France increased the statute of limitations on sexual crimes against minors to 30 years from the legal age of majority of the victim.

Macron proposed that the state healthcare system finance psychological treatment for children who are victims of sexual violence, while saying the current legal system isn't enough to address the issue.

"We have to adapt our laws to better protect child victims of incest and sexual violence," Macron said.

He promised to "punish criminals for their acts in the past and prevent them ever re-offending," adding that the law would be updated.

The president's remarks came amid weeks of intense discussions about sexual abuse of children following the recent publication of a book by Camille Kouchner, daughter of former foreign minister and founder of NGO Medecins Sans Frontieres Bernard Kouchner.

After the book's publication on 5 January, many commentators criticised France for being slow to break longstanding taboos over the abuse of minors.

The Duhamel/Kouchner case is not the first such controversy to make headlines over the last year.

Publisher Vanessa Springora, in a book published in January last year, accused prize-winning writer Gabriel Matzneff of abusing her while she was a minor.

In November 2019, film star Adele Haenel accused director Christophe Ruggia of sexually harassing her when she was in her early teens.

Haenel and other French actresses last February walked out of France's Cesar awards after filmmaker Roman Polanski – who is wanted in the US for the statutory rape of a 13-year-old girl in 1977 – won best director.