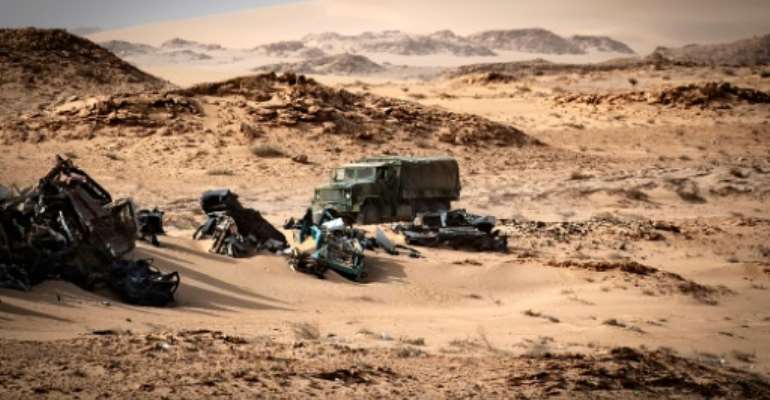 Western Sahara's pro-independence Polisario Front launched an overnight attack on the Guerguerat area on the border between Morocco and Mauritania, the Saharawi press agency SPS said in a statement Sunday.

"The Saharawi army launched four rockets in the direction of... Guerguerat," SPS said, citing a military leader of the separatist Saharawi forces.

Morocco launched a military operation on November 13 in the buffer zone of Guerguerat, in the extreme south of the former Spanish colony, to drive out a group of Saharawi militants who were blocking a transit route to neighbouring Mauritania.

The statement also reported attacks along the security wall that separates Saharawi fighters from Moroccan forces in the vast desert territory.

A senior Moroccan official contacted by AFP in Rabat said: "There was harassing fire near the area of Guerguerat, but it did not affect the trunk road, traffic was not disrupted."

Western Sahara is a disputed and divided former Spanish colony, mostly under Morocco's control, where tensions with the Polisario Front have simmered since the 1970s.

In November, Morocco sent troops into a UN-patrolled buffer zone to reopen a key road leading to Mauritania.

The Polisario responded by declaring a 1991 ceasefire null and void, arguing the road had not existed when the truce was signed.

UN-led negotiations involving Morocco and the Polisario, with Algeria and Mauritania as observers, have been suspended since March 2019.

The Polisario Front fought a war for independence from Morocco from 1975 to 1991.

The UN-backed ceasefire deal was meant to lead to a referendum on self-determination.

Morocco has offered autonomy, but maintains the territory is a sovereign part of the kingdom.