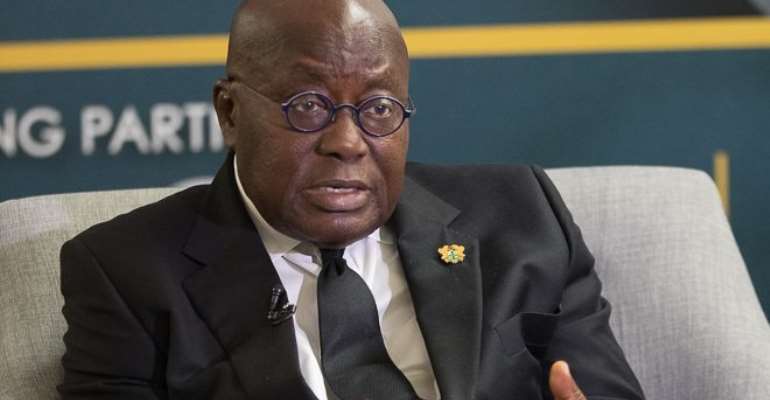 President Nana Akufo-Addo has again attacked the substance of John Mahama’s election petition calling it illogical and bizarre, among others.

In his preliminary objection statement, the President said some of Mr. Mahama’s arguments were exaggerated and absurd.

He, for example, questioned the basis of Mr. Mahama’s complaints about the initial error in the declaration of results by the Electoral Commission (EC).

“At the heart of the case of Petitioner, are the unfounded and exaggerated extrapolations petitioner makes out of the erroneous interchanging of total votes cast for total valid votes cast by [the Electoral Commission] when declaring the results of the Presidential Election on 9th December 2020.”

Mr. Mahama’s argument is that neither he nor President Akufo-Addo attained a clear majority during the 2020 polls because of the omission of the Techiman South constituency from the declaration.

He is asking the Supreme Court to order a re-run of the presidential election for him and the incumbent.

He said Mr. Mahama did this with “mischief as his prime motive.”

“This simply defies logic and is utterly untenable. In effect, petitioner entreats the Court to embark on a fruitless exercise to order a second election based on a skewed hypothetical analysis which completely ignores the actual votes obtained by himself as well as all other candidates in the Techiman South Constituency.”

“Effectively, the petitioner’s claims are anchored on unfounded hypothesis, conjectures and imagination,” the President adds.

The President again reiterated prior concerns that Mr. Mahama’s case is not an election petition but a suit challenging the declaration rather than the validity of the election itself.

“Paragraphs 1 through to 30 of the petition merely recount allegations of arithmetical errors contained in parts of the declaration of [President Akufo-Addo] as President and the subsequent correction by the 1st respondent on 10th December 2020.”

“There is no challenge mounted by the petitioner about the conduct of the election at the 38,622 polling stations and 311 special voting centres in the country,” he added.

He this says the failure of Mr. Mahama to show that the alleged irregularities and errors complained of affected the outcome of the election, is sufficient to warrant this Court’s decision in dismissing the petition.