By Sayed Mahmoud with Menna Zaki in Khartoum 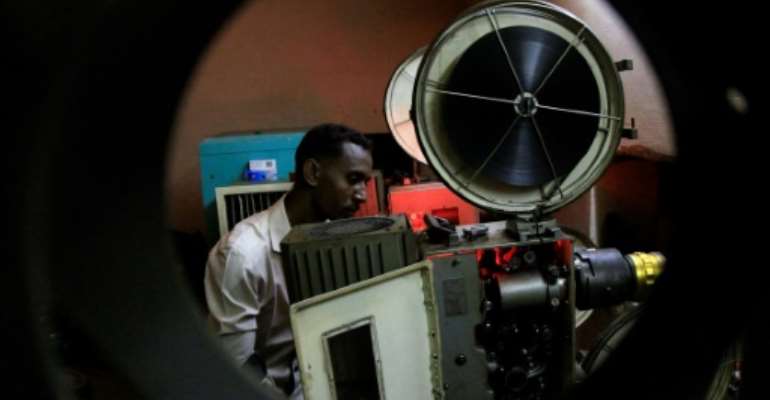 In this picture from 2014, a Sudanese man prepares a film for projection at The Palace of Youth and Children, one of just three functioning cinemas left in the area around the capital Khartoum at the time. By ASHRAF SHAZLY (AFP/File)

Sudanese filmmakers who celebrated the end of stifling restrictions following the ouster of autocrat Omar al-Bashir have won multiple international awards but are yet to enjoy the same recognition at home.

Cinema languished in the North African country through three decades of authoritarian rule by Bashir.

But Sudanese took to the streets to demand freedom, peace and social justice, and Bashir's ironfisted rule came to an end in a palace coup by the army in April 2019.

"We started realising how much our society needs our dreams," said director Amjad Abou Alala.

His 2019 film "You Will Die at Twenty" was both Sudan's first Oscar entry and the first Sudanese film broadcast on Netflix, winning prizes at international film festivals including Italy's Venice and Egypt's El Gouna.

The film tells the story of a young man a mystic predicts will die at age 20.

Young filmmakers act "without the complexes, the lack of self-confidence or the frustration that we suffered in previous generations", he added.

Bashir's government "aborted all cultural and artistic initiatives and fought... diversity and freedom of opinion, through policies of alleged Islamisation and Arabisation", he said. 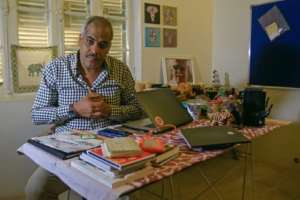 The filmmaker attended a 2008 short film festival in Munich, where the winning film -- an Iraqi documentary shot on a handy-cam -- inspired him to return home and set up a training centre and production house.

In the past decades, the Film Factory has organised some 30 screenwriting, directing and editing workshops -- and produced more than 60 short films, honoured in international festivals from Brazil to Japan.

Afifi says the roots of Sudan's innovative cinema was born from the "hard work dating from before" Bashir's overthrow, when many cinemas were closed.

Today, cinemas are allowed -- big budget Hollywood films, as well as Indian and Egyptian movies are popular -- but moves to reopen them have been frustrated by restrictions to stem the spread of the novel coronavirus.

The Sudanese National Museum organised screenings of films, including "You Will Die at Twenty", but they were not screened in large theatres.

Filmmakers still face challenges. Hajooj Kuka, director of the acclaimed 2014 "Beats of the Antonov" was jailed for two months last year for causing a "public nuisance" -- for what he said was an acting workshop.

Other Sudanese films have also garnered international attention, including the 2019 documentary "Talking About Trees" by Suhaib Gasmelbari, which tells the story of four elderly Sudanese filmmakers with a passion for movies.

The quartet and their "Sudanese Film Club" work to reopen an open-air cinema in Omdurman, the city across the Nile from the capital Khartoum.

It won prizes ranging from the Berlin International Film Festival to awards from Istanbul, Athens and Mumbai.

'Leap into the void' 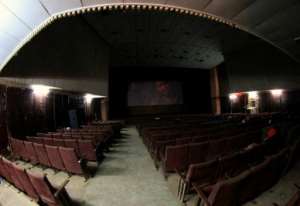 Many cinemas were shut and homegrown filmmaking languished in Sudan under Omar al-Bashir's Islamist regime. By ASHRAF SHAZLY (AFP/File)

Sudan films from 2020 include "The Art of Sin", a documentary about openly gay Sudanese artist Ahmed Umar.

A refugee in Norway, he returns to Sudan to see his mother again despite the risks that remain even after Bashir's ouster.

Many leading Sudanese directors have lived abroad for years, some shuttling between the Egyptian capital Cairo and Khartoum, like Zein and Gasmelbari.

"We are children of the diaspora, which is why our analysis of the affairs of the Sudanese is critical," said Dubai-based Alala.

But if international recognition is seen as a sign of success, Alala fears the new boom in Sudanese cinema will amount to a "leap into the void" because it has not benefited from "any official support or suitable infrastructure".

He understands that this is in part due to the many challenges facing Sudan, as it struggles with a dire economic crisis and seeks to implement a recent peace deal with rebels to end decades of civil war.

While Alala says government support is necessary for the film industry to flourish, he admits that it "would be unfair to ask the new government to shoulder this burden when the economy is devastated".