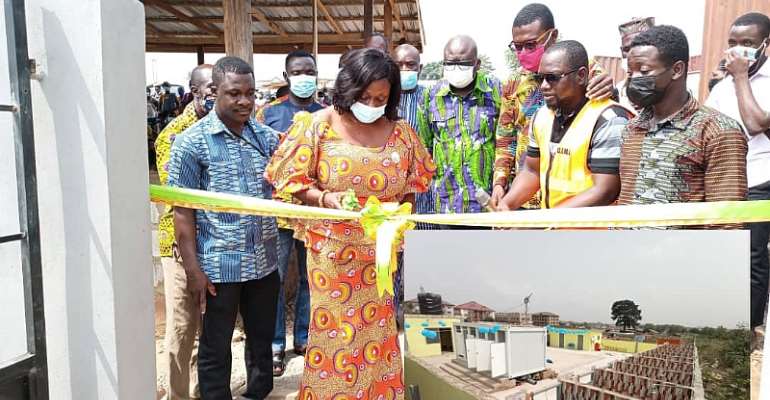 In December 2020, the GA East Municipal Assembly led by its MCE sanctioned the commencement of the construction of the facility on the back of appeals from market women in the municipality.

After just a month, the modern biogas toilet facility which is a Public and Private Partnership project with E-Select Company Limited has been executed under a Build-Operate-Transfer (BOT) arrangement at the cost of GHS300,000.

The facility comes with a 12-Unit Toilet, 11-Unit Bathroom, 2-Unit Urinal, an Office, a Cleaners' Room, and an Attendants' Office.

Commissioning the facility on Friday, Hon. Janet Tulasi Mensah said it will not only address the problem of open defecation in and around the market but it has also been designed to use gas emanating from the faecal matter to generate electricity to address power challenges at the market

This the MCE believes will help in contributing to achieving the United Nations Sustainable Goals (UN-SDGs); Goal Seven (7) that focuses on ensuring access to affordable, reliable, sustainable, and modern energy for all.

“I would like to urge all of us to take very good care of this facility and observe all good practices and guidelines and also urge the operator, E-Select Company Limited, to main the facility properly to ensure it lasts long to serve generations,” Hon. Janet Tulasi Mensah added.

The biogas toilet facility at the Kwabena-Atomic Market becomes just one of many projects facilitated by the GA East Municipal Assembly led by its MCE Hon. Janet Tulasi Mensah.

Throughout the first term of President Nana Addo Dankwa Akufo-Addo, the Assembly has facilitated the construction of over 2,000 household toilets under the World Bank-funded Greater Accra Metropolitan Area Sanitation and Water Project (GAMA-SWP). 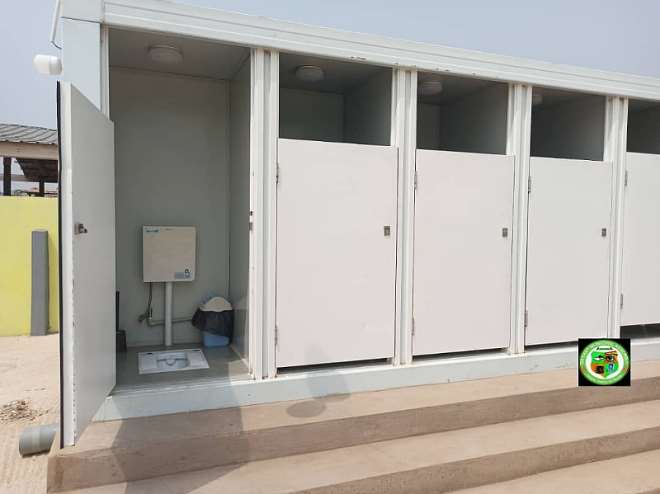 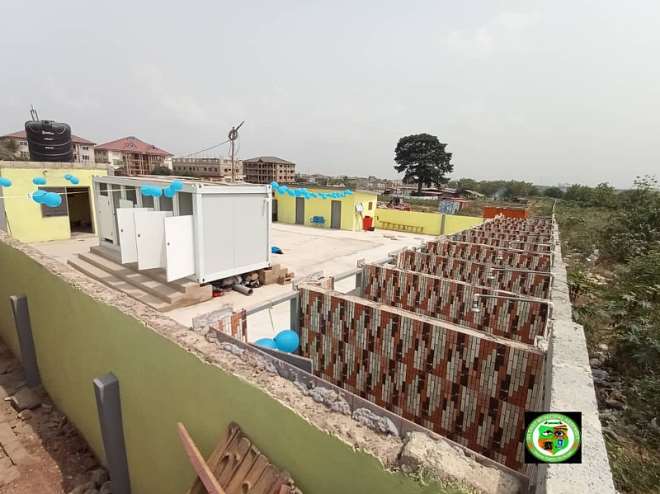 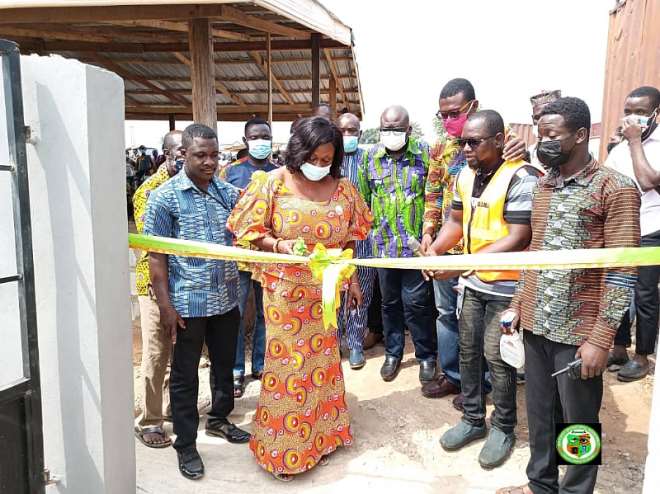