Akufo-Addo makes appointments with an eye on Parliament 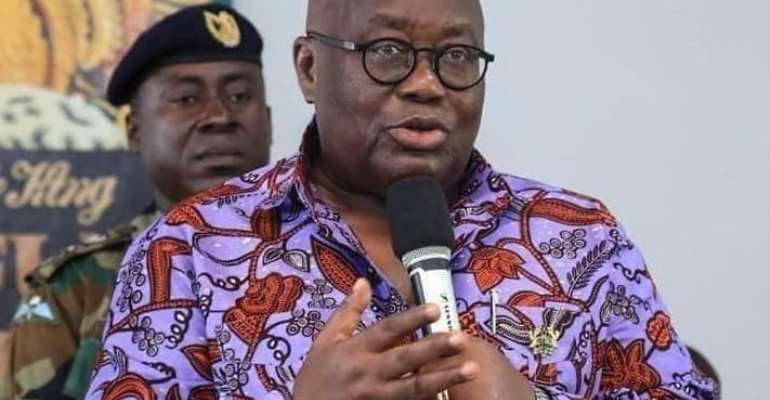 The first list of ministers designate for various cabinet and regional ministerial positions have been forwarded to Parliament for approval in accordance with article 78(1) of the Supreme law of Ghana.

This came with a swift twist from the elephant sized government that characterized the first four years of the Akuffo Addo government which many described as a government of satisfying all who fought for the coming into being, Akuffo Addo as President. In that historic 126 ministers' government, a number of duplicate duties and overlapping jurisdictions was seen. The likes of ministry for procurement, special initiative, Planning amongst others were means of creating jobs for the Boys to say the least.

All these happened because the NPP and Akufo-Addo in the first four years had a clear and super clear majority in Parliament that even if 50 of their members from Parliament were Ministers, they could still manage their way out in the House.

This took a different dimension after the 2020 general elections which without the intervention of orders on military to carry out the unneedful in places like Techiman, Zabzugu, Sewfi Weasu and a few host of others would have produced a clear NDC majority in Parliament. Despite that, the current Parliament of Ghana, but for the independent candidate is a hung one. Equal numbers for both NDC and NPP in the House.

This compelled the president from appointing ministers beyond a number that will make them heavily deficient in Parliament. For example, if the president will appoint 126 ministers, at least 50% of them will leave the NPP with 69 members as MPs which would have been detrimental to them in the business of the house.

This has convinced me that the Akuffo Addo second term appointment is not because he thinks the ministries created met their aims but a way to keep his government comfortable in Parliament. His jobs for the boys is scrapped by the will of the people not the will of the president.

The press release from the Presidency on 21st January, 2021 further indicates the intention of the president not to appoint deputy regional ministers. This, in my view is a fear that will kill the ambition of the president and the NPP in the shortest possible time and could end the journey for the NPP at Akuffo Addo as president. Not all left behind will have the chance to be CEOs, Board members to state organizations, ambassadors etc and the apathy will be disastrous given the instances that the Party will be in presidential primaries fishing for a presidential candidate in 2023.

The President with the intention not to appoint deputy regional ministers should keep article 79(1) in mind which state that ' the president may in consultation with a ministers of state and prior approval of parliament appoint deputy ministers to assist the minister in his functions'.

The president should know there is the need for deputy regional ministers to the substantive ministers as means complementing their works. The business of parliament should not worry the president for the NDC caucus in Parliament is ready for consensus building if the needful is always done.

When the voice the people is clear no amount of Power can subvert it. Ghanaians rooted for he NDC but state power is wearing it off and nature stands tall.

May God bless our homeland Ghana and make us resist oppressors rule.