Diamond magnate gets 5 years in prison in Swiss corruption trial 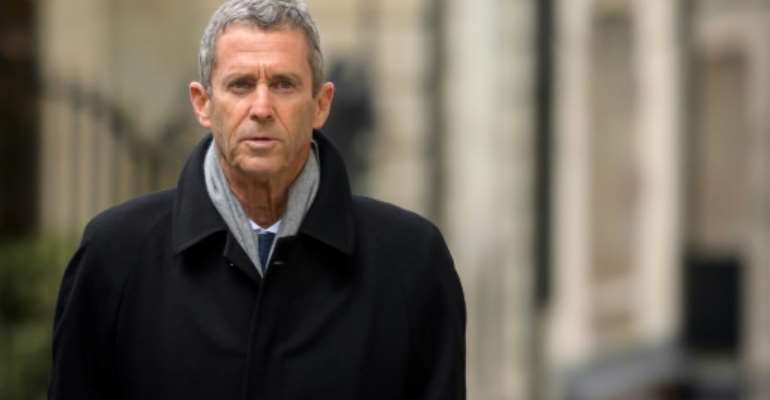 Beny Steinmetz will appeal the verdict. By Fabrice COFFRINI (AFP/File)

French-Israeli diamond magnate Beny Steinmetz was sentenced by a Geneva court on Friday to five years behind bars for corruption linked to mining rights deals in Guinea.

Steinmetz stood accused of setting up a complex financial web, including a system of front companies, to pay bribes so that Beny Steinmetz Group Resources (BSGR) could obtain permits in an area estimated to contain the world's biggest untapped deposits of iron ore.

"It is clear from what has been presented... that the rights were obtained through corruption and that Steinmetz cooperated with others" to obtain them, said chief justice Alexandra Banna.

The court, she said, had therefore sentenced him "to a deprivation of liberty for five years", in line with the prosecutors' request.

The court also granted the prosecution's call for Steinmetz to pay 50 million Swiss francs ($56 million, 46 million euros) in compensation to the state of Geneva.

Steinmetz, who throughout the trial has maintained his innocence, called the verdict a "big injustice".

He will appeal against the ruling on Saturday, his lawyer told reporters.

Steinmetz was tried along with two associates, who received lesser sentences.

Steinmetz was "the main beneficiary of the crime," Banna ruled, adding that "the court does not recognise any mitigating circumstances."

The case was the culmination of a drawn-out international investigation that kicked off in Switzerland in 2013.

Swiss prosecutors accused Steinmetz and two partners of bribing a wife of former Guinean president Lansana Conte and others in order to win mining rights in the southeastern Simandou region.

The prosecutors said Steinmetz obtained the rights shortly before Conte died in 2008 after about $10 million (8.2 million euros) was paid in bribes over a number of years, some through Swiss bank accounts.

Just 18 months later, BSGR sold 51 percent of its stake in the concession to Brazilian mining giant Vale for $2.5 billion.

But in 2013, Guinea's first democratically elected president Alpha Conde launched a review of permits allotted under Conte and later stripped the VBG consortium formed by BSGR and Vale of its permit.

To secure the initial deal, prosecutors claimed Steinmetz and representatives in Guinea entered a "pact of corruption" with Conte and his fourth wife Mamadie Toure.

Toure, who has admitted to having received payments, has protected status in the United States as a state witness.

She and a number of other key witnesses in the case failed to appear.

During the trial, Steinmetz insisted he "never" asked anyone to pay Toure, insisting she "told a lot of lies".

The defence also charged that Toure was not in fact Conte's wife, but merely a mistress with no influence, who under Swiss law did not fall within the scope of a corruptible official.