Thanks for reposing confidence in me — Oppong Nkrumah to Akufo-Addo 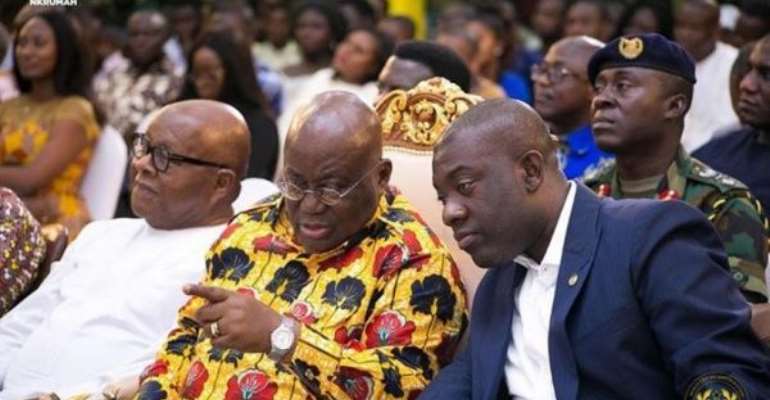 Kojo Oppong Nkrumah has expressed gratitude to President Akufo-Addo for reappointing him as minister-designate for the Information Ministry.

The clever, articulate, and eloquent legislator, made the list of ministers who’ll help the President to govern the country for the next four years.

In a tweet reacting to his reappointment, Mr Oppong Nkrumah said “Thanks for the confidence reposed in me @NAkufoAddo”

President Akufo-Addo on Thursday, January 21, submitted to Parliament the names of 27 persons to be vetted and, subsequently, considered for approval as ministers of state.

Among the 27 are former Deputy Ministers for Education and Justice and Attorney General, Dr. Yaw Osei Adutwum and Godfred Dame who have been elevated to substantive positions.

Our leaders should swear with eggs that they’re against LGBT...
42 minutes ago