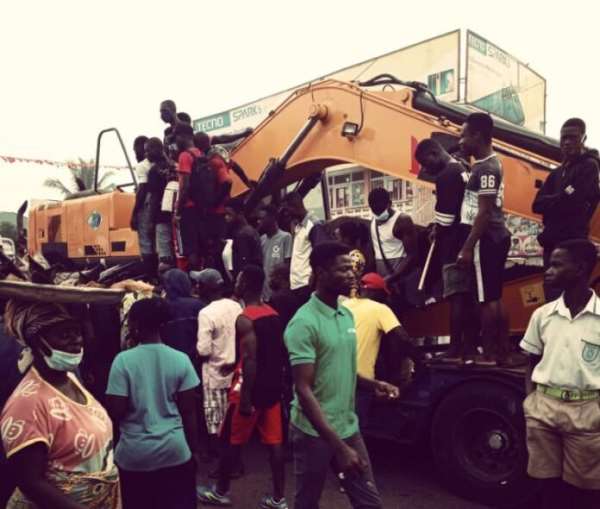 A 40-year-old truck pusher popularly known as Taller has met his untimely death after an articulated truck run over his head at Mankessim in the Mfantseman Municipality of the Central Region.

The vehicle was carting an excavator when the driver lost control and run over the victim and crushing his head in the process.

Eyewitnesses told Kasapa FM News Yaw Boagyan, that the deceased who they claim is a hardworking man was standing by the road when the truck veered off its lane and ran over him killing him instantly.

“We heard the truck tooting its horn twice only to see that the truck has run over the man drawing a huge crowd to the scene. He’s such a hardworking and respectful man, it’s sad he’s lost his life in such a manner,” an eye witness said.

The body of the deceased has been sent to the Mankessim Roman Hospital mortuary while the police have commenced an investigation into the incident.

Suspend Sammy Gyamfi if he fails to apologize to Speaker, Ha...
5 minutes ago

Shame on you for abandoning post for 3 hours to go drink tea...
9 minutes ago