How effective is France’s 6pm curfew? Very, according to early indicators 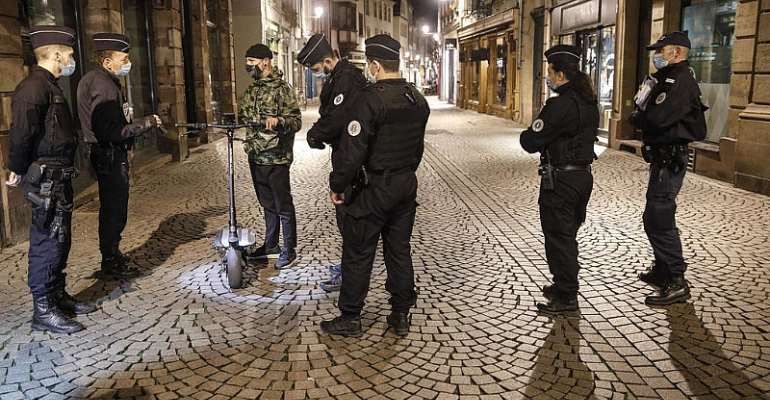 Data gathered since France first imposed a controversial 6pm curfew, mainly in the east of the country, suggests enforcing the nighttime stay-at-home measure two hours earlier has had a dramatic impact on slowing infection rates. But the jury is still out on whether it can slow the spread of new highly contagious variants of the coronavirus.

As things stand, since 16 January the whole of France has to be home by six o'clock.

Nobody is happy. The few businesses allowed to remain open during the day say they are losing as much as 20 percent of turnover by closing just as workers head for home.

Worse, according to critics, the early curfew means more people crowded into public transport services, supermarkets and bakeries in the 30 minutes before closing time.

In January, only the 15 worst-hit French departments, most of them in the east of the country, were subject to the six o'clock curfew. The rest of France was allowed stay out until eight.

There is now statistical evidence that the early curfew had a dramatic impact on the spread of the disease.

Guillaume Rozier, the professional statistician behind the website CovidTracker, says there was a decline of 4 percent in the infection rate in the areas where the early curfew was imposed, compared to an average 20 percent increase in infections in the rest of the country.

Too early to tell

Now that the entire country is under six o'clock curfew, the crucial questions are, will the same decline be evident on a nationwide scale, and will that decline be sufficient to avert a third lockdown.

"It's too early to be sure," Doctor Damien Mascret told France 3 TV news on Thursday, explaining that it takes nine or ten days for changes in the rules to have an impact of infection rates. So we won't know until Monday or Tuesday if the positive effect has been felt nationwide.

"The question is: will it be enough?" says Jean-Stéphane Dhersin, deputy scientific director at the research institute Insmi-CNRS, in daily paper Le Parisien.

Complicating the situation is the rapid spread of new forms of the virus, notably the so-called UK variant, which seems to be much more infectious than classic coronavirus and has contributed to a recent huge surge in infection rates in Great Britain.

For the moment, the Pfizer vaccine which is being administered in France appears to provide immunity to the UK variant.