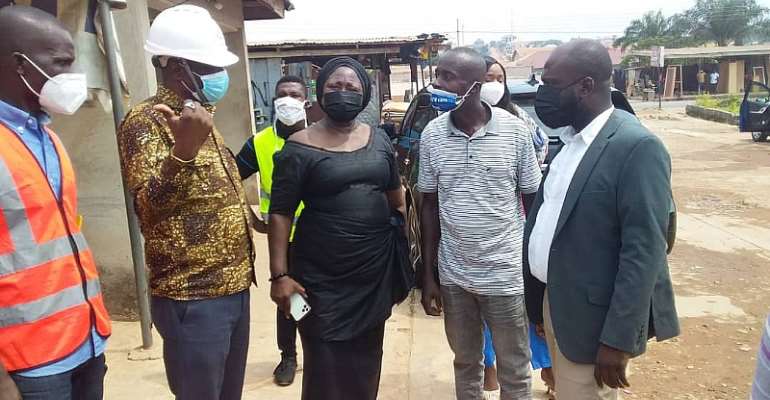 The Member of Parliament for Asokwa Constituency Madam Patricia Appiagyei has asked contractors working on some roads in her constituency to stick to the timelines agreed from the beginning.

Delaying the project, she noted would seriously affect her constituents who have magnanimously been patient since the construction began.

The Asokwa MP made these statements during a tour of the 11.3 kilometer road passing through 12 electoral areas in the constituency.

In the company of the Municipal Chief Executive, Hon Akwannuasah Gyima, and some key staff at the Asokwa Municipal Assembly, the MP inspected the ongoing works and made encouraged her constituents to ‘hold on just a little while’.

The tour was intended to get first-hand information from the consultant and contractors on the rate and pace of work.

It was also used by the people’s representative and political head to assess the impact or difficulty of the construction on residents and to also monitor the same.

Areas that are seeing construction works are Atonsu, Agogo North and South, Chirapatre, Atonsu-Bokro, and Monaco as well as others.

Speaking to Modern Ghana Online, Madam Appiagyei said the NPP was committed to making the living conditions of residents in Asokwa better.

She noted that the promise by her outfit and government to make roads in Asokwa accessible was not for political considerations.

The three-time MP said the desire of her and that of the NPP government was to see development projects at every community within Asokwa.

On his part, the MCE for Asokwa, Chief Akwannuasah Gyimah noted the determination of the Municipal Assembly to partner with the government to develop the communities within Asokwa.

He said the roads being constructed were part of plans to make communities within the municipality accessible.

Chief Akwannuasah promised to ensure the monitoring and evaluation team of the Assembly continues to keep a close eye on the projects so as to ensure they are completed and handed over on time.

He thanked the President, Nana Addo Dankwa Akufo-Addo for ensuring Asokwa got its fair share of development projects including Ghana government projects as well as those that are from external sources.

Mr. Ofori Boamah, Chief Consultant for BDK construction firm assured the media and the MCE that the projects being undertaken by his group would be done within the stipulated time frame. 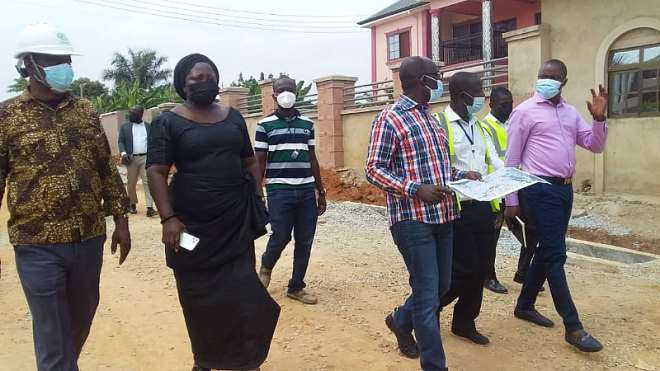