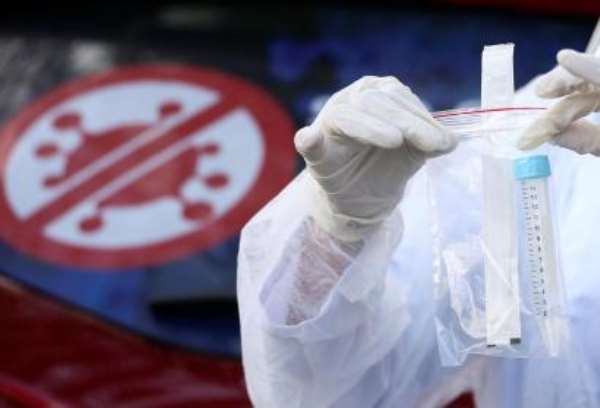 The North East Regional police command has revealed that three persons under the custody of the command of the Walewale police have tested positive for COVID19.

Superintendent Reuben Yao Dugah who is the North East Regional Crime Officer indicated that the three were part of 10 individuals who were being prepared to be transferred to the Tamale prisons.

But before the transfer took place, a pre-departure COVID-19 test was undertaken and results came back revealing that the three individuals were positive for the virus.

The three have since been quarantined in new police cells.

Speaking to an Accra based Citi FM, the North East Regional Police Crime Officer said “our new way of dealing with prisoners is that if you want to take prisoners from police custody to prison custody, you must necessarily take them through a mandatory COVID-19 test and so based on this, the Walewale district command made a request to the municipal health directorate to conduct COVID-19 tests of some inmates due to be taken to the Tamale prisons. Samples were taken from about 10 prisoners who are in police custody and submitted to the laboratory for testing. Results came out indicating that three of them had tested positive. Immediately they have been isolated to a station where we have a free cell.”

He revealed that health personnel in the region have begun contact tracing to ensure that there is no further spread.

Don’t blame your defeat in court on Jean Mensa – Ayikoi Otoo...
37 minutes ago