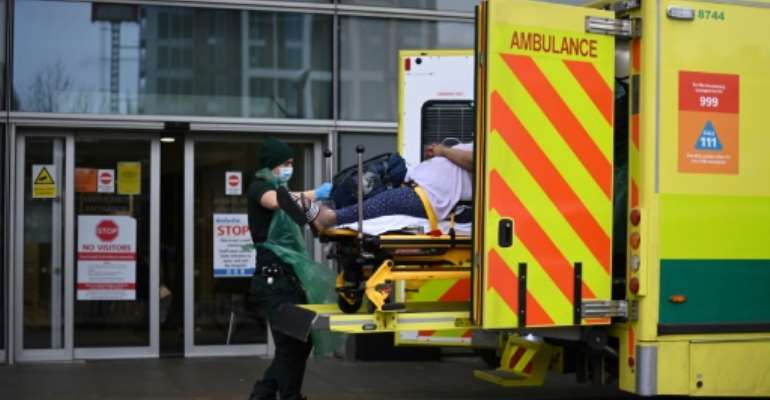 With infection rates spiralling and vaccine campaigns still in their infancy, the possibility of life returning to normal seems as far off as ever. By DANIEL LEAL-OLIVAS (AFP)

Germany's Covid-19 death toll passed 50,000 Friday as it reeled from a second wave, while new US president Joe Biden embarked on a "wartime undertaking" to battle the pandemic in the world's worst-hit country.

With infection rates spiralling, vaccine rollouts still in their infancy and the global death toll now past two million, the possibility of life returning to normal seems as far off as ever.

Germany survived the first wave of the coronavirus pandemic relatively unscathed compared to its European neighbours, but is now reeling as new, more contagious variants of the virus run rampant and authorities warn of a tighter lockdown on the continent's biggest economy.

On his first day in office Thursday, Biden signed a flurry of executive orders, including mask-wearing and quarantining requirements, and reversed predecessor Donald Trump's decision to quit the World Health Organization (WHO).

Overall coronavirus infections, deaths and recoveries in Latin America and the Caribbean, and totals for the worst-affected countries, as of Jan 22. By (AFP)

The new president is seeking to vaccinate 100 million people in 100 days, increase the use of masks and testing, expand the public health workforce and offer more emergency relief to those struggling with the restrictions.

The death toll in the world's worst-hit nation has now passed 406,000 -- more than its total combat and non-combat losses in WWII.

Japan's government was forced Friday to dismiss another report casting doubt on the already-postponed Tokyo Olympics going ahead this year.

There was "no truth" to a story in The Times which quoted an unnamed ruling coalition source as saying "the consensus is that it's too difficult" to hold the Games in 2021, a government spokesperson said.

Prospects for the 2020 Olympics to go ahead appear increasingly slim, with Japan hit by a surge in cases and polls showing around 80 percent of the public oppose hosting the event this year. 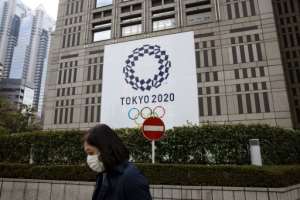 Japan's government was forced to dismiss another report casting doubt on the Tokyo Olympics going ahead this year. By Behrouz MEHRI (AFP)

Brazil, the second worst-hit country in terms of deaths, was standing by Friday to finally receive two million doses on Friday of the British AstraZeneca/Oxford vaccine that were made in India.

Encouraging Brazilians to take the jab when it becomes available, singer MC Fioti -- the first Brazilian to garner 1.5 billion views on YouTube -- has re-cast the tune from that video.

MC Fioti has updated "Bum Bum Tam Tam," a Brazilian-style funk track which exploded on YouTube in 2017, for the grim new reality of a world battling to control a virus that has sickened some 8.6 million people in Brazil.

The artist has changed the song lyrics, which mention the Portuguese word for backside, to include "Butantan" -- the name of the research institute charged with producing the Chinese CoronaVac shot in Brazil.

Meanwhile, the WHO has repeatedly warned that richer countries are hogging the vaccine and are paying less for their doses, after negotiating favorable deals with manufacturers.

South Africa, for example, will pay 2.5 times more than most European countries for each Oxford-AstraZeneca shot, the South African health ministry has confirmed.

But in the Super Monkey nightclub in the Chinese city of Wuhan, where the virus first emerged in 2019, virus worries were worlds away for crowds of late-night revellers. 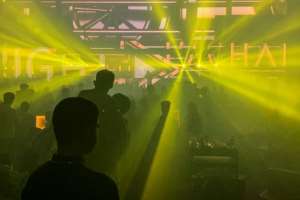 In the Super Monkey nightclub in the Chinese city of Wuhan, where the virus first emerged in 2019, virus worries were worlds away for crowds of late-night revellers. By Hector RETAMAL (AFP)

After passing a temperature check at the door, they were welcomed inside, where there were glow-in-the-dark rabbit ears, pulsating techno beats, champagne on ice and a flexible attitude to masks.

Chen Qiang, a man in his 20s, praised the Communist Party for having practically eliminated the epidemic, despite a recent surge in cases in other parts of the country in the past few days.