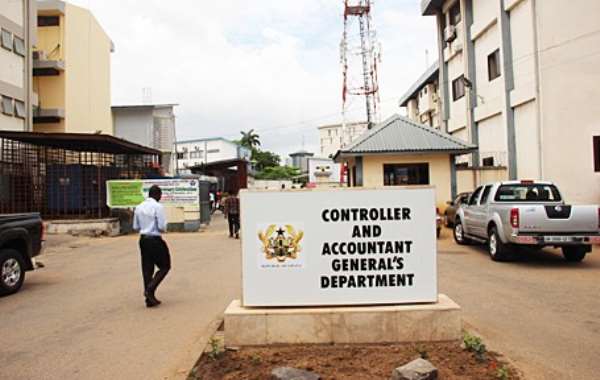 Some 5,000 public accounting officers in the country are to be trained in International Public Sector Accounting Standards (IPSAS) accredited certification.

The e-learning training programme, which begins today android ends in December this year, aims at sharpening the skills of the accounting officers to ensure efficiency in the public sector financial management system.

The acting Controller and Accountant-General, Mr Kwasi Kwaning-Bosompem, who launched the programme in Accra yesterday, said: “IPSAS is presently the focal point of global revolution in government accounting in response to calls for greater financial transparency and accountability.”

He said to further ensure transparency, public accountability and quality financial reporting, the government had implemented various public financial management reforms (PFMs) grounded in the strategy developed to serve as a national document to aid the development of Ghana's PFM programmes.

The goal of the strategy, he said, was to establish efficient, transparent and accountable resource mobilisation, allocation, management and utilisation of resources to meet the country's development agenda.

The International Federation of Accountants (IFAC), which is the global body of the accountancy profession, established the IPSAS Board, which focuses on the development of financial reporting standards for use by public sector entities around the globe to establish and promote adherence to high-quality professional standards in the public sector.

Countries such as the United Kingdom, the United States of America, New Zealand, Austria, Estonia, Lithuania, South Africa and Tanzania have adopted accrual bases of the IPSAS, which are at various level of implementation. Application of standards

“Until 2012, the public accounts of Ghana had been prepared in compliance with generally accepted accounting principles and in line with the financial laws of the country.”

“However, realising the shortcomings of cash-basis accounting, the modified accrual system of financial reporting was adopted, but did not fully meet international standards,” he said.

He explained that the system invariably affected public expenditure and financial accountability ratings.

“It is, therefore, a relief that the Ministry of Finance approved the adoption and implementation of the IPSAS, which ensures that public accounts are prepared on accrual basis to conform to international standards,” he added.

According to him, the adoption of IPSAS would improve the quality and comprehensiveness of financial information reported by public sector entities to provide credibility, as well as acceptance.

Participants, Mr Kwaning-Bosompem said, would, therefore, be equipped to prepare and present financial statements on accrual basis, as required by Regulation 208 of the Public Financial Management Regulations, 2019, LI 2378. Learning session.

The President of the Institute of Chartered Accountants, Ghana (ICAG), Professor William A. Atuilik, said the training would be a vigorous session of learning, and that all the nine models that covered key issues of the IPSAS would be rolled out in 11 weeks — nine weeks for learning, one for revision and another for examination.

The Chief Executive Officer of the ICAG, Mr Paul Kwasi Agyemang, said as the regulator of the accountancy profession in the country, the organisation had been part of the journey towards the IPSAS adoption and implementation.

The IPSAS Project Coordinator, Dr Mohammed Sani Abdulai, said the training, which is free, was being funded by the Swiss Government (SECO) and supported by the World Bank.

In an address read on his behalf, the Deputy Head of Mission of the Embassy of Switzerland in Ghana, Mr Heinz Kaufmann, said its focus was to support the government in the implementation of the IPSAS.